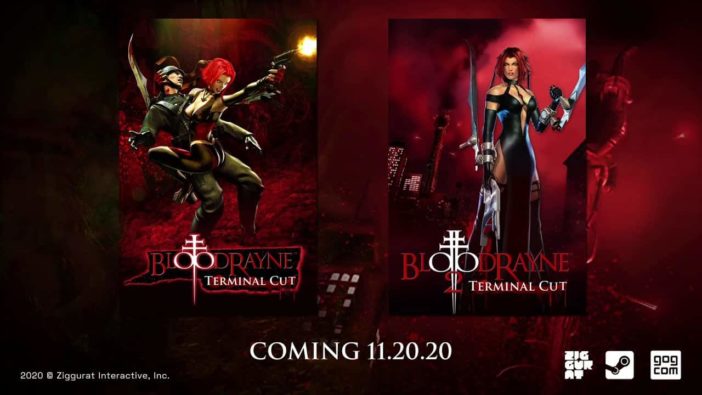 Publisher Ziggurat Interactive has announced that enhanced editions of both BloodRayne and BloodRayne 2, called Terminal Cut versions, will be released on PC via Steam and GOG on Nov. 20. These versions will contain a variety of graphical and performance improvements, including support for up to 4K resolution and upscaled cinematics.

Lighting and rendering effects for reflections, water, fog, and shadows will be improved, textures are being uncompressed, and XInput modern controller support will be added. BloodRayne: Terminal Cut is fully voiced with localized interfaces in English, French, Italian, and Spanish. BloodRayne 2: Terminal Cut will include the same localized interface, with additional German support, as well as subtitles.

Those who have already purchased the original games will receive the Terminal Cut versions for free. It’s currently unknown how much they will cost, but both of the originals cost $9.99.

This game series follows Rayne, a half vampire who fights Nazis and supernatural threats. Earlier this year, Ziggurat Interactive bought the rights to the franchise from Majesco, and the titles of these enhanced games are a nod to original developer Terminal Reality.