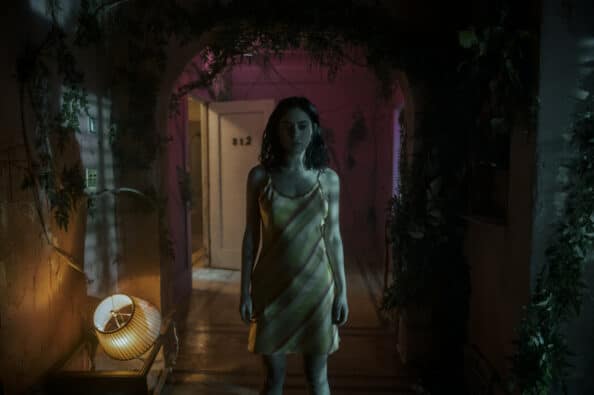 Things are about to get weird on Netflix. The streamer has released the first trailer for its upcoming Brand New Cherry Flavor limited series, and it is odd, to say the least. Starring Rosa Salazar as Lisa Nova, the show follows her as she quests for revenge against a man who did her wrong, and things seem to get wildly out of control thanks to a bit of black magic.

Brand New Cherry Flavor is an eight-episode series based on the novel of the same name by Todd Grimson, and it features a ton of weird imagery that includes some possessed kittens and strange creatures. Evidently, in her quest for revenge, Rosa reaches out to a witch/tattoo artist played by Catherine Keener, who grants her access to dark magic. The downside to that is that it opens up her body to evil spirits and things start getting really twisted, eventually blurring the lines between who is the good guy of the story. Set sometime in the ’90s, the Brand New Cherry Flavor trailer definitely makes for quite the trip with surreal horror elements mixing in with a few comedic overtones.

Nick Antosca, the series creator alongside Lenore Zion, has a history of writing weird stuff including Antlers, The Act, and The Forest, but this is his first outing as a director of an episode. The show also stars Jeff Ward, Manny Jacinto, Hannah Levien, Leland Orser, and Patrick Fischler. Each episode will run for 60 minutes, and as might be expected from the trailer, it’s getting a TV-MA rating.

Netflix also dropped a set of character posters that you can check out below.