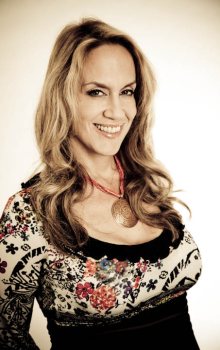 The long-time industry veteran and Loot Drop co-founder will be the first person to hold the position on a University of California campus.

The new Game Designer in Residence program at the University of California, Santa Cruz, will see one “leading game designer” per year appointed to teach courses and serve as an adviser to students pursuing game design. Romero, formerly known as Brenda Brathwaite, got her start on Sir-Tech’s Wizardry: Proving Grounds of the Mad Overlord in 1981 and never looked back.

“It’s amazing a position like ‘game designer in residence’ exists,” Romero said. “To have an opportunity to work on designs with students and without constraints allows me to explore some designs that I’ve not yet been able to explore.”

Romero stuck with the Wizardry series for a decade before moving on to other titles including Realms of Arkania, Jagged Alliance and Playboy: The Mansion. In 2010 she co-founded Loot Drop, whose games include the browser-based Pettington Park and Tom Clancy’s Ghost Recon: Commander. From 2008 to 2009 she was the chair of the Interactive Design and Game Development program at the Savannah College of Art and Design, and also chairs the IGDA’s Women in Games Special Interest Group.

Founded in 2010, the UCSC Center for Games and Playable Media houses five game-related research labs with a mission “to tackle core technology and design challenges to enable the games of the future.” Alongside her teaching and advisory duties, Romero will also “pursue independent works and explore new ideas in game design.”

Big Deal on the Internet: Hitman Absolution and Persona 4 Arena