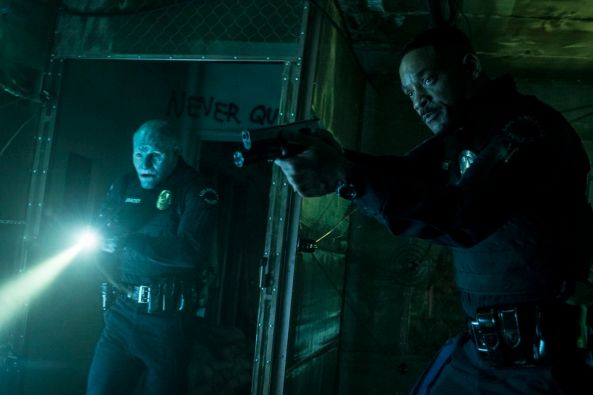 I’m not sure anyone really liked Bright when it landed on Netflix. The buddy cop fantasy film from David Ayer starring Will Smith and Joel Edgerton was a clunker in almost every sense, but it nonetheless became the most-watched film on Netflix at the time. A sequel was quickly announced but just as quickly forgotten, and now, after more than four years, Bright 2 is reportedly canceled altogether.

The report comes from Bloomberg’s Lucas Shaw, who notes that Bright 2 being canceled is not because of Smith’s infamous Oscar moment, which got him banned from the show for 10 years and has seemingly seen him lose a slew of other work. However, National Geographic nature series Pole to Pole, which stars Will Smith, has also reportedly delayed its filming from next month to this fall, and this is apparently related to the slap.

NatGeo has delayed the start of production on its big Will Smith show following the Slap. But it's still happening.

Netflix has also abandoned plans to make a sequel to Brright, but that is unrelated to the incident.@chrispalmeri https://t.co/rj5T5RNc3y

It’s more likely the cancellation of Bright 2 comes as Netflix looks over its books after losing subscribers for the first time in nearly a decade and realizing it had a big-budget movie no one was actually interested in. Bright was the kind of movie you tune into out of curiosity and then never really want to hear about again. As no ratings were reported by Netflix, it’s likely the animated spinoff film, Bright: Samurai Soul, didn’t perform that well when it landed last year.

Will Smith’s loss of work probably won’t continue for too long, though. Hollywood often has a very short memory, and if Mel Gibson is still working, then Smith is going to be just fine. Netflix, in fact, still has a crime biopic in the works with him called The Council and only delayed his upcoming action film, Fast and Loose. However, the next Bad Boys movie is allegedly delayed as well following the slap.