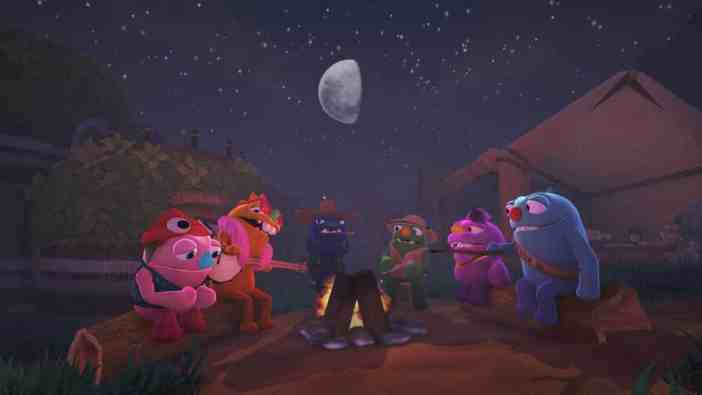 Bugsnax developer Young Horses has debuted a new video announcing its status as a PlayStation 5 launch title and showcasing the talent behind its colorful cast of characters. The studio revealed that its strange little indie title will come to Epic Games Store, PlayStation 4, and PlayStation 5 on Nov. 12.

Some of the actors that will be lending their talents in Bugsnax include Yuri Lowenthal (Marvel’s Spider-Man) as Chandlo Funkbun, Max Mittelman (One-Punch Man) as Filbo Fiddlepie, Roger Craig Smith (Sonic the Hedgehog) as Snorpy Fizzlebean, and Debra Wilson (Star Wars Jedi: Fallen Order) as Shelda Smellywag, among others. You can see the full list of voice actors and each of their respective silly names in the highlight trailer below.

Today’s cast video is also accompanied by the reveal that Bugsnax has gone gold, as stated by Young Horses on Twitter.

Bugsnax made a splash when it was first announced during Sony’s June PlayStation 5 event thanks to a gleefully weird trailer and a song that I still can’t get out of my head. It’s hard to describe exactly what Young Horses is creating here, but footage so far gives off somewhat of a Pokémon vibe. The developer’s previous game, Octodad: Dadliest Catch, also provided quite the strange adventure, so you can expect nothing less when Bugsnax launches next month.