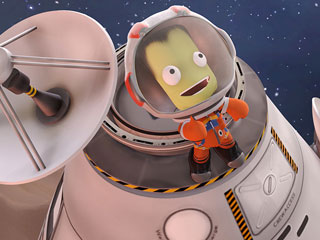 Wannabe astronauts, this one’s for you. We’ve got the mega-popular, award-winning Kerbal Space Program game for 66% off – get it at Escapist Deals for just $13.59.

Explore the Kerbal Planet, as well as other planets, moons, and galaxies in this physics-based flight simulation game. You’ll hire and manage a team of crew members, build multi-staged ships, explore real flight physics, and develop a serious aerospace understanding as you play and take on cool missions.

The Kerbal Space Program has won the Audience Award at the Game Developer’s Choice Awards, PC Gamer’s 2015 Best Simulation Award, and an 88/100 rating from Metacritic – and now it’s yours for 66% off. Get it for $13.59 at Escapist Deals

Why Him? – A Good Question (Merry Christmas!)