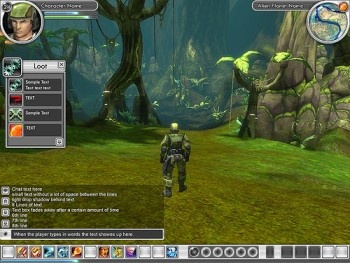 The Halo universe may seem ripe for an MMOG translation, but Bungie PR Director Brian Jarrard says it’s not quite that simple.

On the surface it may seem like most of the groundwork has already been laid for an epic MMOG, but Jarrard claimed such a game is actually “hard for [him] to imagine,” adding that while the idea has apparently been kicked around, it was always on a casual basis. “They are like our lunchtime discussions at the studio,” he said in an interview with GamesIndustry. “A Halo MMO wasn’t something that at the studio we had a lot of purview on. We’d heard rumblings and on paper, if someone says ‘Let’s take Halo, plus Warcraft, equals dollar signs…'”

Rumors of a Halo MMOG have been swirling for years, and evidence of an early prototype in development at Ensemble Studios was recently dug up by Gamasutra. The project was shut down in mid-2007, before its existence was ever officially confirmed. “It was interesting when that whole thing came to light, there was more there than we ever really thought there was. I don’t know, we’ve had a lot of heated discussions – there’s a big, vast, rich universe, but then again it’s hard for me to imagine,” Jarrard added.

He also acknowledged one of the biggest design challenges facing any MMOG based on popular, well-established franchises: In a world populated by Jedi, nobody wants to be Trooper TK-421. “Everybody wants to be Master Chief, they all want to be the Spartan. You’d have to create a whole new layer of fiction and new characters that don’t currently exist – not that it couldn’t be done,” Jarrard said. “I don’t know if I would want to invest and become a Warthog mechanic in a garage, when all my friends were out there kicking ass on the front lines. I’m sure there’s probably enough there to work with where something could of come of it, but I think it would have been pretty challenging.”

Jarrard’s comments were echoed by Blizzard CEO Mike Morhaime, who said in a separate interview that companies who undertake to build MMOGs rarely have any real concept of what they’re getting themselves into. “I think everyone who hasn’t done it will probably underestimate the logistics behind it – we certainly did,” he said. “You focus on the things you are used to but you don’t necessarily realize how difficult it is to scale up quickly and with an MMO you have to factor in providing 24/7 customer service, multiple languages… And that’s not just hiring all those people to do customer service because internally within the organization you still have to support your employees and that’s a whole lot of management infrastructure that doesn’t exist before the launch.”