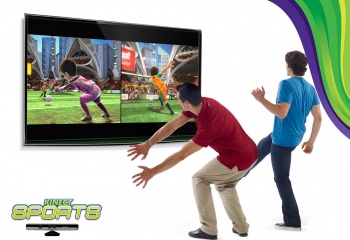 Kinect might be controller-free, but it won’t discriminate against button use.

One of the primary selling points for the Xbox 360’s Kinect device is that it’s totally controller-free. There’s nothing for players to get greasy, and there aren’t 15 buttons that might confuse casual players. However, in a recent interview, Kinect director Alex Kipman revealed that there are “hybrid” games in development that will use the Xbox 360 controller and the Kinect’s controller-free technology in tandem.

“We love controller-free games, we love Kinect experiences and we’ll continue to grow our set of those as well,” Kipman told GamesIndustry. “What we haven’t really talked about, but exist, are hybrid games.”

Kipman says these will be “games that are using the controller … and pieces, if not all, of the Kinect experiences to again make those experiences more immersive, more fun and more emotionally connected.” He admits that part of Kinect’s development philosophy was to take the technology out of people’s hands so they were no longer “enslaved” by it, but apparently understands that it’s still okay to play games using buttons.

He didn’t reveal what kinds of hybrid games are being developed, but only that they were in the works. Microsoft had said in the past that it was possible to use Kinect with a controller, but this is the first I’ve heard that actual games are in development to do so.

I’m personally wondering how well this would work. Anyone that’s played a DS knows how much of a pain it can be to swap between two-hand button control and stylus control on the fly. It might not be as painful from controller to Kinect as you can still hold the controller with one hand, put it in your lap, or just kick your feet and yell or something. In my opinion, these hybrid Kinect games will likely be the most compelling experiences, because they can implement the accuracy of button control, and the cool-factor of Kinect.