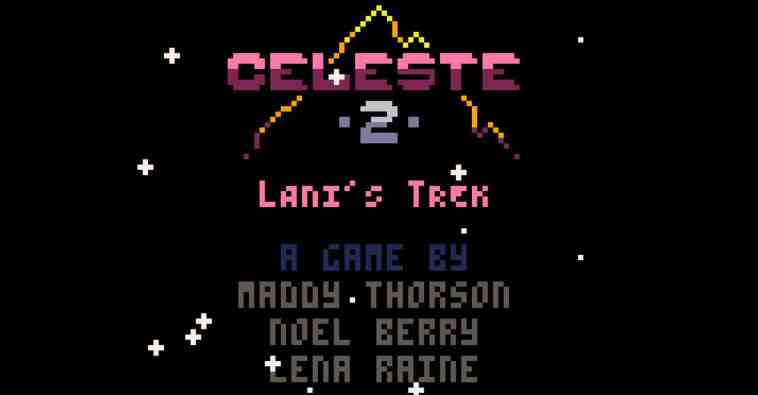 The platformer game Celeste received a surprise sequel of sorts yesterday called Celeste 2: Lani’s Trek. It’s not a sequel to the modern version of the game most players know of that was released on the last generation of consoles, but one that follows up on Celeste Classic.

Both Celeste Classic and Celeste 2: Lani’s Trek were made in PICO-8, a “fantasy console” game engine. It’s similar to a regular game console, but without inconvenient hardware. PICO-8 has every aspect that comes with developing games for consoles, including machine specifications, display formats, tools, design culture, and more.

While it may seem like just a game emulator, PICO-8’s ecosystem was all designed from scratch in order to give its games its own identity and sense of authenticity. Additionally, PICO-8 distributes programs made under its platform on .png images that look like cartridges instead of actual physical cartridges.

To celebrate the 3rd anniversary of Celeste, we made a sequel to Celeste Classic for PICO-8 😀 you can play Celeste Classic 2 now on web or pico-8! https://t.co/EHp7dTgGlE

While the developers at EXOK said that a direct sequel to the modern Celeste probably wouldn’t happen, they never ruled out Celeste Classic. Players can go ahead and download Celeste 2: Lani’s Trek on itch.io for free, which was apparently made in three days.

EXOK is already hard at work on its next game and will share more information when the time is right.