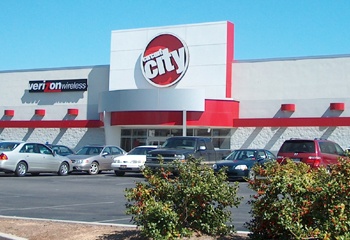 The second largest electronics retailer in the U.S. is having more trouble staying afloat in the volatile economic sea.

Last week, Circuit City began scaling back by shutting down 155 underperforming stores and cutting thousands of jobs. This came shortly after rumors surfaced of Sony halting shipments of product already in transit to the store. The move was a harbinger of things to come, as Circuit City filed for Chapter 11 bankruptcy protection yesterday.

A combination of credit unavailability, cash flow issues, and major debt pushed the company to implement drastic measures to try to stem the flow of loss. In Sept., Circuit City reported $239.2 million in losses. It also lost more than $5 billion in stock market value over the last two years. Circuit City currently owes around $650 million to suppliers, including $118,797,964 to Hewlett Packard, $115,925,716 to Samsung Electronics, and $41,162,162 to Zenith Electronics, among others.

Interestingly, Sony is owed $60,009,803, which would explain the reports of product shipments being turned around. The bankruptcy filing came amidst declining sales in the U.S. and Canada. Suppliers cut off credit and began requiring up-front payment for shipments. Despite the grim signs, this may not yet spell out doom for the retailer. The company plans to remain open through the ongoing restructuring.

“We recently have taken intensive measures to overcome our deteriorating liquidity position,” said James Marcum, Circuit City’s acting president and chief CEO. “The decision to restructure the business through a Chapter 11 filing should provide us with the opportunity to strengthen our balance sheet, create a more efficient expense structure and ultimately position the company to compete more effectively. In the meantime, our stores remain fully operational, and our associates are focused on consistent and successful execution this holiday season and beyond.”

There Is Research To Be Done