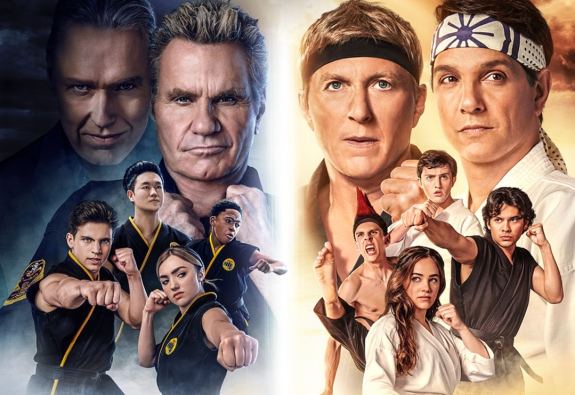 As the first three seasons of Cobra Kai showed us, there is nothing more important in the world than the soul of karate in the Valley. If that falls, who knows where we’ll end up, and in the official Netflix trailer for Cobra Kai season 4, things are taken to a whole new level with the return of Thomas Ian Griffith as uber-villain Terry Silver and a mysterious new rule at the All Valley Karate Tournament.

Cobra Kai is easily one of the best reboots running, playing its storyline with both an earnestness that makes you care about the characters and a knowing wink at the camera that keeps it all grounded. This season looks to ratchet everything up even more. Johnny and Daniel have joined forces to take down Kreese’s Cobra Kai, but their alliance is pretty strained and it’s up to Samantha and Miguel to hold everything together. If Miyagi-Do and Eagle Fang dojos lose at the All Valley, then they must hang up their gis forever. The stakes couldn’t be higher (and yet not high at all). The Cobra Kai season 4 trailer teases a lot.

The big draw for this season, however, is the return of Terry Silver from The Karate Kid Part III. In a franchise that pretty much jumped the shark in its first film, The Karate Kid Part III introduced Silver, a villain so ridiculous and over the top that he bordered on parody. Ian Griffith played him to the hilt in that movie, but judging from the Cobra Kai season 4 trailer his turn here looks a bit more human, albeit just as slimy. It will be fun to see how the show expands on his character, as the show has given depth and intrigue to a host of cardboard cutouts over the first three seasons.

Cobra Kai season 4 will land on Netflix on December 31. A fifth season has already been confirmed.