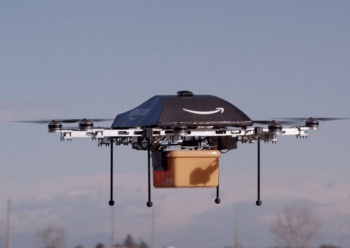 Despite what the FAA may have told you, U.S. citizens are completely free to fly drones all day long.

There’s never been a shortage of good uses for drones. Very smart people are working very hard so that we, the consumers, could someday order flying robots to bring us tacos. The problem is that the Federal Aviation Administration doesn’t like the idea of commercial drones, and has threatened anyone who breaks that law with a $10,000 fine. However, it seems somebody didn’t do their homework – the FAA recently took its first drone case to court, where the judge realized that there isn’t actually a law forbidding commercial drone usage.

Raphael Pirker recently used a drone to do some professional filming at the University of Virginia. The FAA issued a fine, claiming that there was “no gray area” in the law regarding this kind of activity. Pirker fought the case, and he and his lawyer discovered that the root of the FAA’s claim was a policy notice from six years ago, with no actual regulation behind it. The judge, finding no law against Pirker’s actions, dismissed the fine.

All you drone operators out there, take note – this is your chance. The FAA can appeal the decision and bring the case to the D.C. Court of Appeals, and will probably start putting together some regulations it can actually enforce. But until then, the use of commercial drones is 100% legal. Unregulated sky robots: 1, FAA: 0.