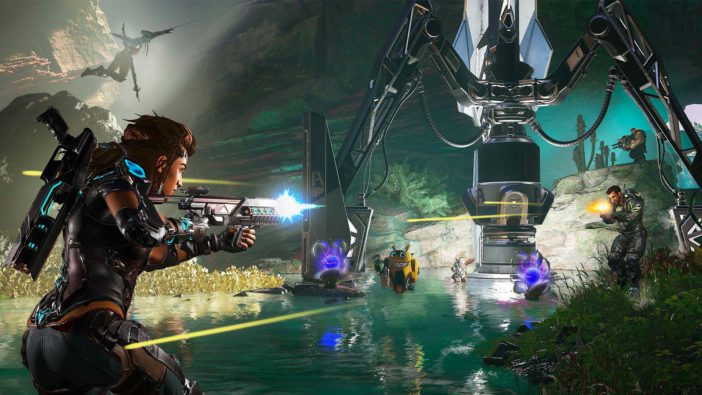 Crucible is going back into a beta period in an attempt to regain footing after its unsuccessful launch last month. Amazon Games and Relentless Studios announced that their free-to-play team-based shooter was going to take a step back in a developer update, with the closed beta starting tomorrow at 9 a.m. PT. After tomorrow, new players will not be able to add the game to their Steam library.

Players that already own Crucible won’t see their experience playing the game change too drastically. Map, combat, system, and other changes based on player feedback will come as updates progress, of course. However, Relentless says the previously laid out roadmap will stay the same, and you’ll get to keep all of your past unlocks, too.

The new Crucible beta period will also see developers joining players in-game and reaching out for feedback each week. Part of this focus on communication will see Relentless creating a community council “made up of beta participants of all playstyles from casual to highly competitive players.” More information on the studio’s council and weekly play schedule will be shared “soon.”

Crucible launched on May 21, reaching a peak of just more than 25,000 players according to SteamDB. Today, the game hovers between having 150 and 200 players concurrently online and hasn’t performed dramatically better than that for most of June.

With so-so Steam reviews, a lack of marketing build-up, and more free-to-play shooter competition always around the corner, there are a number of factors that could have led to Crucible’s unsuccessful launch. When Relentless and Amazon plan to take the game back out of beta again is currently unclear.