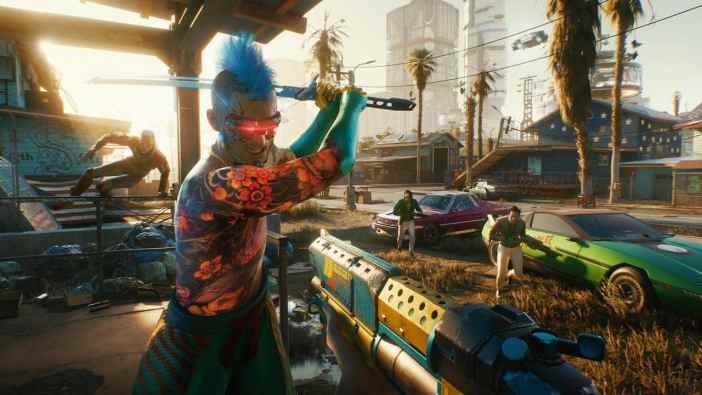 CD Projekt Red has debuted our first look at Cyberpunk 2077 running on PlayStation 4 Pro and PlayStation 5. The footage contains a total of just less than six minutes of gameplay, with one half of the video showcasing current-gen gameplay and the other half showcasing next-gen gameplay. One thing to note is that the PlayStation 5 footage shows the game running through backwards compatibility, as the full next-gen version won’t arrive until some time in the future. As good as the futuristic RPG looks on PlayStation 4, you’ll notice that things are looking just a little bit better on PlayStation 5, such as with lighting, but you can take a look for yourself in the video below.

CD Projekt Red showed off what Cyberpunk 2077 gameplay will look like on Xbox One X and Xbox Series X last week in a similar video presentation. As with today’s video, the footage not only does a lot to get fans excited for the studio’s latest RPG, but it also gives that much more of a reason to look into picking up one of the next-gen consoles.

Cyberpunk 2077 (finally) launches on Dec. 10, which, as of earlier this month, is a date that CD Projekt Red is fully committed to. Expect optimized PlayStation 5 and Xbox Series X | S versions to arrive sometime next year.