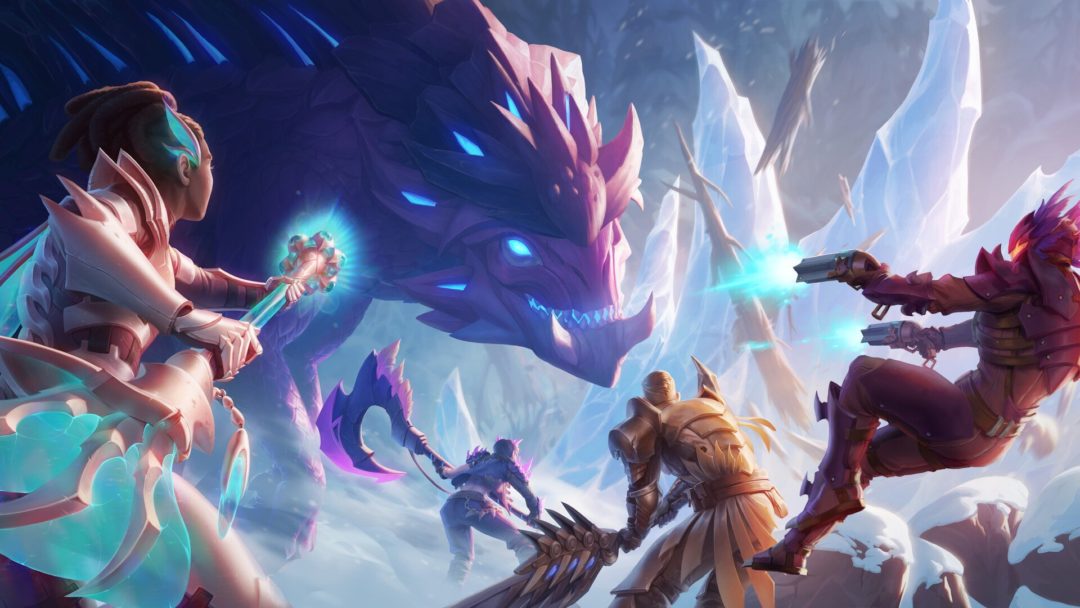 Since Phoenix Labs launched the closed beta for the co-op action RPG Dauntless in August 2017, the developers have been focused on giving players what they want.

“We believed we had something great on our hands, but we knew that to turn it into something memorable, we would need the help of our community,” said Phoenix Labs marketing director Nick Clifford. “We had our own vision for what features we wanted to create and where we wanted to take the game, but we tried to be as transparent as possible with the Dauntless community.”

As soon as they designed new features, the developers would add them to a roadmap at playdauntless.com. It’s a tradition that they continued as the game entered open beta in 2018, launched on Xbox One and PlayStation 4 in May, and officially left early access in September. Members of the team were encouraged to monitor Reddit and reach out to the player community for feedback throughout the process.

“Everything that you’ve seen in the game today is really a result of that great partnership,” Clifford said.

The game has changed dramatically since the first beta, with the full progression redone two-to-three times in a way that altered the game’s questlines, story, and placement of the Behemoths that players fight.

“In the early days of the closed beta, Dauntless was a very linear experience: fight this Behemoth, then this one, then this one in a tower of power until you get to the last one,” Clifford said. “We shifted to a bit more of an organic open-style progression, where things like beating a specific Behemoth are not as important as leveling up your gear. You can do things like patrols now, which are where you have a subset of Behemoths to hunt rather than a specific one. The goal was to give players more exposure to more content in the game and give players variety early on.”

Sometimes the feedback was directly at odds with the team’s design philosophy. The game is primarily focused on melee combat, which Clifford said gives the game more tension and energy than just sitting back and firing a bow and arrow. But fans continued to demand ranged options until the developers relented and added them in, but with the twist that they’d be more effective if you got closer to the fray.

“We want to encourage you to stay in the throes of battle at all times,” Clifford said.

Another big demand was cross-platform play, and building that into the game for the console launch dramatically increased Dauntless’s popularity. The game had 3 million players in May and doubled that number within the first week of console play. As of October, they had 15 million.

“Being free to play helps with accessibility. Being free to play and crossplay, letting you play with your friends regardless of what console they’re on, that’s huge,” Clifford said. “We’ve seen 60-70% of all hunts played in game feature cross-platform play. That just tells us that our belief that it was important to players is true.”

Cross-play will also be incorporated into the Nintendo Switch launch planned for the end of this year and the mobile release in 2020. Along with giving players new ways to access the game, the Phoenix Labs team is constantly rolling out content. Dauntless is patched every two weeks, which can introduce new weapons, Behemoths, or game modes, or it can add polish and bug fixes to previous updates. There are also rotating weekly trials that add extra challenges to existing fights. For instance, one trial takes the Behemoth Pangar, who rolls around the battlefield and freezes would-be slayers, and adds the extra threat of lightning strikes from clouds hanging overhead.

There are 20 distinct archetypes of Behemoth in Dauntless, though they can be battled in four levels of scaling difficulty. These range from a tutorial mode meant to teach you the ropes of the fight to Heroic Plus, which is the hardest content in the game. The entire studio has participated in designing the monsters, though their approach to each one has varied.

Players will get very familiar with the monsters as they try to take them down. The easiest Behemoths take 5-10 minutes to kill, while some fights can take 20-30 minutes.

“When we were drawing inspiration early on, we wanted it to feel like the early days of playing World of Warcraft and downing your first raid boss,” Clifford said. “That moment where everyone has a shared success, that’s something we wanted to capture every time you beat a Behemoth. We want the fights to be meaningful and we want the victories to be impactful.”

Up to four players can join in a hunt, with the Behemoth’s health and damage scaling based on how many people are fighting. While the game can be played solo, group hunts allow players to enjoy synergies based on using different types of weapons. For instance, a hammer is great at stunning Behemoths and the ax can cut off limbs, removing a way for the monster to attack and providing the party with extra loot.

The combat, loot, and crafting systems of Dauntless resemble a mix of Monster Hunter and Soulborne games, and Clifford said one of Phoenix Labs’ goals was to create a more accessible version of that genre.

“I love Dark Souls. I love Bloodborne. I have 100 percented all four of those games, but they’re really unapproachable from a gameplay perspective but also from an art aesthetic,” Clifford said. “They’re really dark, really gritty, really grisly. We wanted to take a lot of those elements and wrap it in free-to-play, available on all platforms, and even make the art style a little more bright, approachable, and stylized.”

While Dauntless follows a games-as-a-service model, none of the weapons or fights require players to spend money. Most transactions are focused on cosmetics and expressions.

“That’s an ethos that we really try to adhere to versus ‘What if you fight one Behemoth and we ask you to pay $1 to fight the next one?’” Clifford said. “That shit doesn’t fly here at all. If you want to look like a badass ninja while you do it, you can hop in the store and pick up a couple cosmetics to get to that fantasy.”

Clifford estimates that it takes about 80-100 hours to become confident with all the game’s encounters and get your gear to the level required for endgame content. After that, completionists can still find plenty to do thanks to a Mastery system resembling Destiny 2’s Moments of Triumph that tracks everything a player does from damage to Behemoths to weapon crafting and leveling.

Response has been largely positive to the 1.0 update, which marked the end of early access and introduced Trials mode and a new fist weapon. Now the team is working on their next big update, which will feature an escalation mode where players fight a series of progressively more difficult Behemoths.

“Every couple of weeks there’s generally something new in the game to check out,” Clifford said.