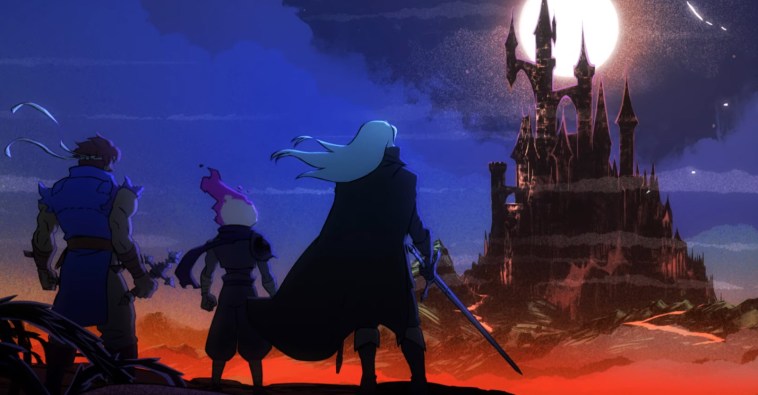 At The Game Awards 2022, Motion Twin and Evil Empire shared the animated trailer announcement for Dead Cells: Return to Castlevania, a DLC expansion for Dead Cells created in collaboration with Konami. No gameplay was shown, but it’s a pretty nuts announcement regardless. Return to Castlevania will feature 14 weapons and items from Castlevania, like the Vampire Killer, the Cross, and Holy Water, albeit tweaked to fit the gameplay of Dead Cells. The premise of the DLC is that The Beheaded is approached by Richter Belmont when a “strange, malevolent castle” appears, and that’s basically enough to justify lots of new fighting. Alucard shows up too, because why not?

Ben Laulan, co-founder of Evil Empire and COO, said, “Like so many millions of players around the world, we are huge fans of Castlevania and remember vividly what playing it for the first time felt like. It opened up a world of possibilities and potential for so many games to come, including Dead Cells. The original inspiration – the roots of Dead Cells – was born from a shared passion for the Castlevania franchise. We are so excited to bring this DLC to fans of Dead Cells and Castlevania early next year. It means so much to us to be bringing this to fans of both franchises.”

Dead Cells: Return to Castlevania will launch sometime in Q1 2023 on all its usual platforms.