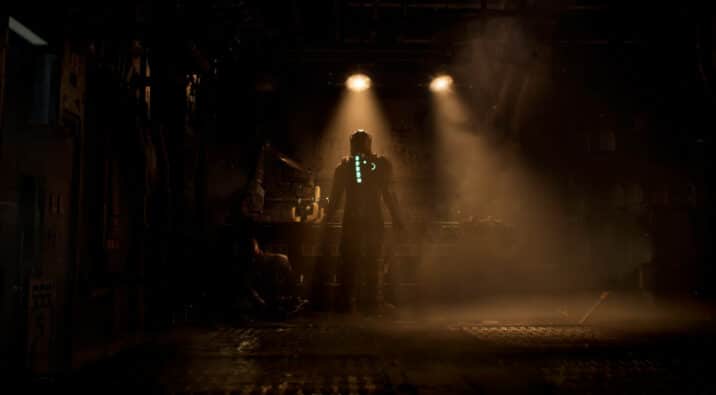 At EA Play Live 2021, Electronic Arts and Motive Studios have officially announced a Dead Space remake with a horrifying teaser trailer, and it will launch at some point in the future for PC, PlayStation 5, and Xbox Series X | S. The remake is made with the Frostbite engine and will be a reimagining of the original third-person survival horror game from the now-shuttered Visceral Games. In the video, franchise mainstays such as necromorphs and the eerie rendition of “Twinkle Twinkle Little Star” all show up. The new game will contain an “improved story, characters, gameplay mechanics and more.”

After an eight-year wait for a new Dead Space entry, you can watch the reveal trailer below.

The Dead Space franchise made a huge impact on the survival horror genre when it was released 12 years ago, and I came to Motive as a fan first to specifically work on this game. We have a passionate team at Motive who are approaching this remake as a love letter to the franchise. Going back to the original and having the opportunity to do so on next-gen consoles excited everyone on the team. As we look to modernize the game, we’ve reached out to dedicated fans and invited them to provide us with feedback since the early stages of production to deliver the Dead Space game they want and for new players to enjoy as well.

The EA survival horror IP Dead Space began in 2008. The original release was hailed as an immersive classic and eventually spawned two mainline sequels, spinoff games, and even a few animated features. In the game, players hopped into the box-stomping boots of space engineer Isaac Clarke after he and his crew respond to a distress call from a mining ship called the USG Ishimura. His adventures throughout all three main series entries involve heavy psychological horror elements and gameplay centered on cutting off the limbs of the crew-turned-zombie enemies.

However, EA put the franchise on an indefinite hiatus after the launch of Dead Space 3. Developer Visceral Games stuck around following the break but eventually closed its doors in 2017. Reports that EA Motive would revisit Dead Space with a remake emerged earlier this year and were proven true today. These initial reports indicated that EA had been inspired by the work Capcom has done with its remakes.

Until EA and Motive are willing to share more about their Dead Space remake, you can watch today’s entire EA Play Live showcase below.