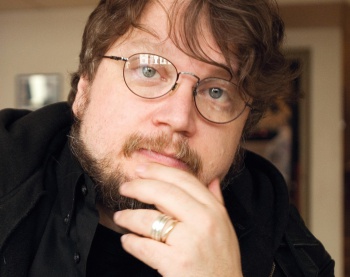 Earlier this year, the gaming community collectively wet their pants at the prospect of Hellboy director Guillermo del Toro and Metal Gear creator Hideo Kojima collaborating on a new Silent Hill title: Silent Hills. Unfortunately, Konami being Konami, the project was unceremoniously cancelled, something we can’t help but attribute to the company’s changing relationship with Kojima. The good news is that this isn’t the end, as del Toro has said that he still plans to collaborate with Kojima on a new, non-Silent Hills project.

In an interview with IGN, del Toro said, “I love working with Kojima-san. We are still in touch. We are still friends and working into doing something together, but that’s not going to be [Silent Hills].”

The veteran director also offers us a glimpse into what Silent Hills could have been. “We were in the planning stages, and it’s a shame it’s not going to happen,” del Toro said. “We were talking about really pushing the boundaries of the new consoles, and making the game really mess with your head. One of the great moments in Metal Gear was Psycho Mantis. The idea that a game can actually interact with you, and stuff like that.”

For the uninitiated, the Psycho Mantis fight in the original Metal Gear Solid broke the forth wall by having Mantis display his “psychic powers”. During the fight, he would activate the controller’s rumble feature, change the TV channel, and even “read” the player’s memory card, making comments about other games they had been playing.

It’s a shame that Silent Hills is dead, but i’m excited to see what del Toro and Kojima can think up, especially when they are freed from the corporate restrictions of Konami.