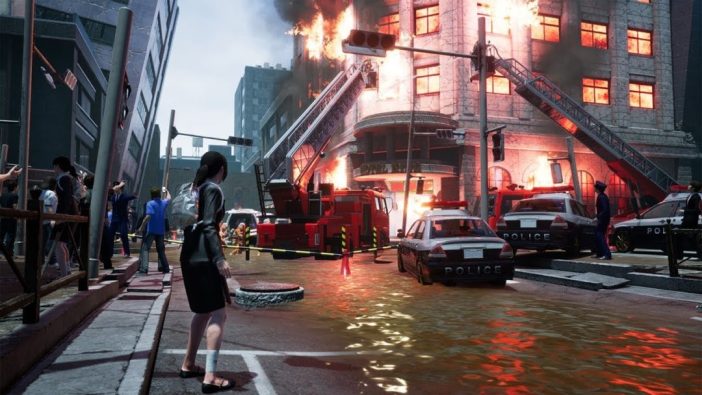 Originally intended to be released in Japan on the PlayStation 3 back in March 2011, Disaster Report 4 was first delayed, then cancelled outright by developer Irem after the 2011 Tohoku earthquake and tsunami. In April 2011, producer Kazuma Kujo left Irem to start his own company, Granzella, which purchased the rights to Disaster Report and started development on the fourth entry from scratch in 2014. Granzella scheduled the game for a release late in 2015 on the PlayStation 4, but the finished game didn’t end up coming out until November 2018. Now it’s finally getting an international release, the first game in the series to receive one since Agetec and 505 Games released the second installment worldwide as Raw Danger! for the PlayStation 2 in 2007.

Based on NIS America’s press release, it sounds like all that development time was spent on more than just polish. Granzella supposedly worked closely with the Kobe City Fire Bureau to develop realistic scenarios, which will include navigating collapsing buildings and rescuing survivors. This would make Disaster Report 4 a sort of quasi-edutainment title covering how to behave during and after an earthquake, a subject that must be close to the hearts of its developers given the game’s turbulent history.

Granzella has been having a good month. On June 11, the company wrapped up a successful Kickstarter campaign to fund R-Type Final 2, doubling their fundraising goal to produce the latest entry in another series they rescued from Irem.

Disaster Report 4 Plus: Summer Memories comes to PlayStation 4, Nintendo Switch, and PC in early 2020. It will also receive a limited edition release, which will come with a soundtrack, collector’s box, and backpack.