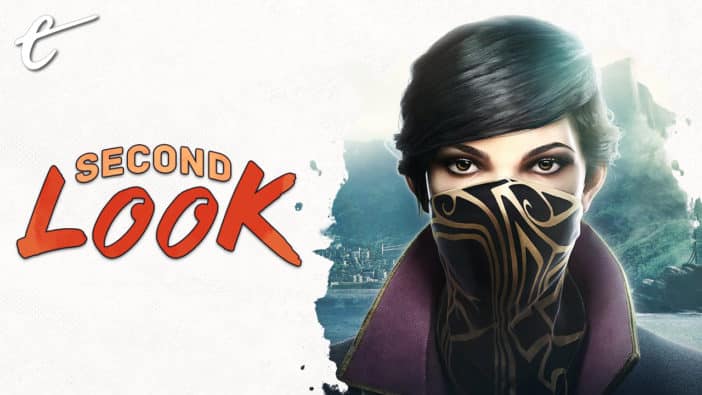 There’s been a lot said about whether sequels are a good thing in entertainment. Often they’re a retread, or they lose the magic of what came before — but they can also save a concept that needed more time. Sometimes though, they can go further. Some sequels are the best possible version of a game, and Dishonored 2 is one such sequel. There’s not a thing I can think of that the first game struggles with that its successor doesn’t rectify.

The first had a voiceless protagonist. Now you’ve got two of them to choose between, and they’re quite well-acted. Some people didn’t want powers and instead desired a pure Thief-style stealth game. Dishonored 2 lets you skip the supernatural stuff and receive different rewards. Dishonored’s levels were a bit too narrow at times. Each level in the sequel is essentially either wide-linear with multiple meaningful branches or practically Hitman-esque sandboxes you can toy with at your leisure. Moral choices a bit too binary? Now there’s a slide scale chart, and it’s easier than ever to stay low chaos while actually using the cooler powers. Not to mention some scenarios, like with Dust District, don’t simply have one but up to seven different ways to resolve a single problem.

Yet this alone isn’t what makes Dishonored 2 one of the best sequels of all time. That is how it fully builds upon the bones of its predecessor. Dishonored 2 doesn’t rewrite the rulebook, but it gladly edits and elaborates. Every level in Dishonored 2 has enough unique elements for a whole sequel to be built around:

Dodging occult witches, black magic, and arcane beasts biting at your heels. Navigating an ever-shifting clockwork mansion filled to the brim with mechanical monstrosities you can reprogram and dismember. The aforementioned political hotbed of the Dust District. Manipulating reality in real time with a time machine to solve a “whodunit” mystery and prevent a man from being scarred for life. Skulking through horror game-worthy hallways in a claustrophobic maze of a hospital, scrambling to make use of whatever space is afforded you. Playing mind games and more deeply analyzing a character’s behaviors than ever before, leaning into your ethereal heart gadget. 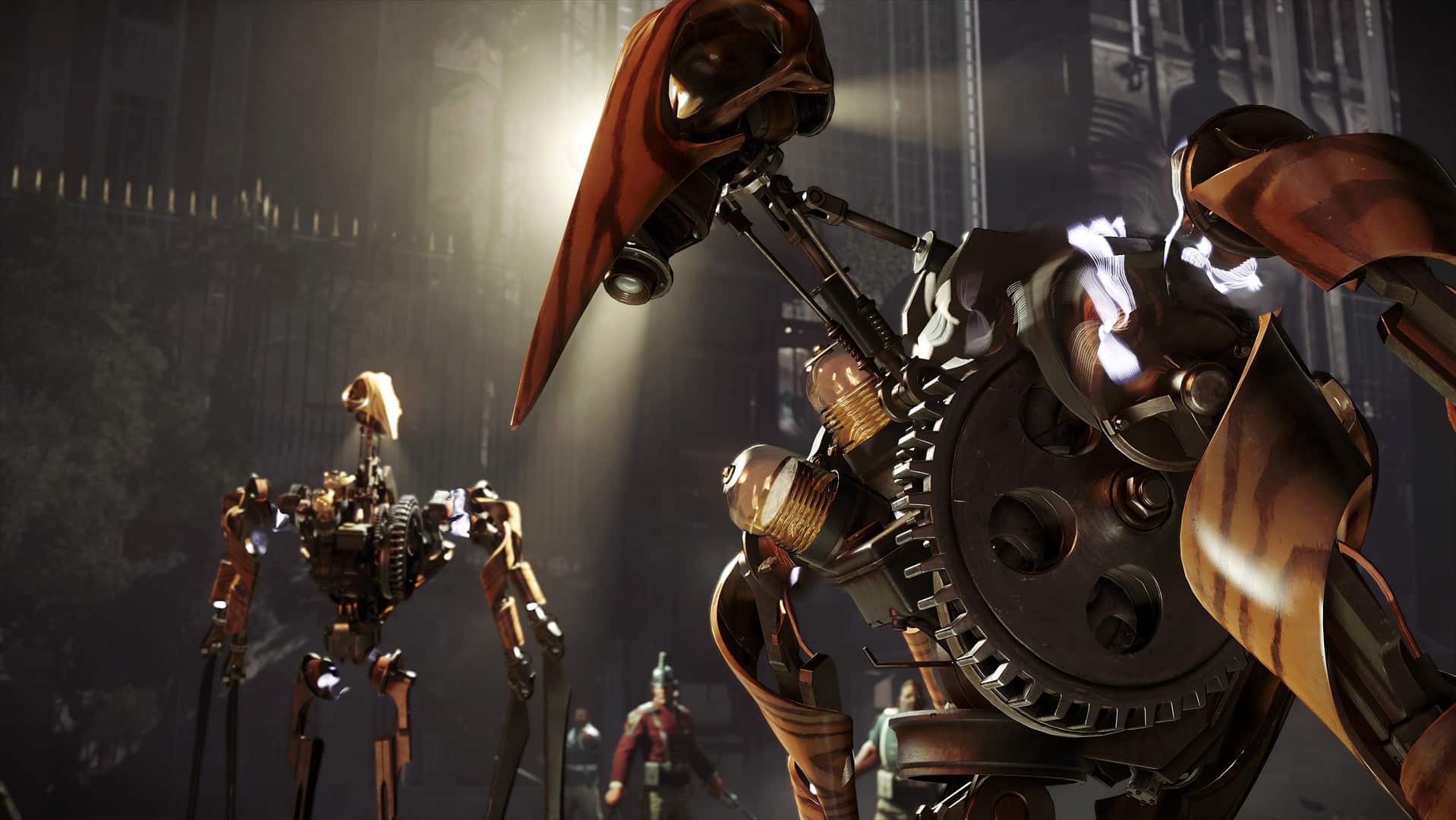 Dishonored 2 could’ve easily hung its hat on any of these concepts, but it doesn’t. It explores each of them, fully, a level at a time. Sometimes it circles back, like how the witches are a threat again in the finale, but often each level is its own unique exploration of how far Arkane Studios can push Dishonored without breaking it. These aren’t five-minute set pieces like in Call of Duty or Uncharted that never come up again — these are set pieces as levels. Each section of Dishonored 2 is put together with the detail and care of a finely tuned watch. If any element were astray, each section could fall apart, but it’s remarkably hard to find something Arkane hasn’t accounted for.

It’s possible to kill certain key characters even after you’ve made the choice to spare them. The endings are vastly more malleable, eschewing “good/eh/bad” for letting you have direct input over the future of your southern island of Serkonos and your empire at large. You can circumvent whole sections of levels through careful use of your powers, the level design, and bonecharms. Oh goodness me, the bonecharms!

You can turn Emily (or Corvo) into a Terminator or a spectral ghost with the bonecharm crafting system. Where charms were once useful perks, you can now stack status effects up to four times. Through bonecharms, I made myself move faster while carrying a body than when walking at full speed. My sleep darts were suddenly reusable. Drinking tap water and defeating infernal pests already in my way refilled my mana and health bars in seconds. Yet never, at any point, do you feel overpowered. That’s truly an achievement few games can boast. 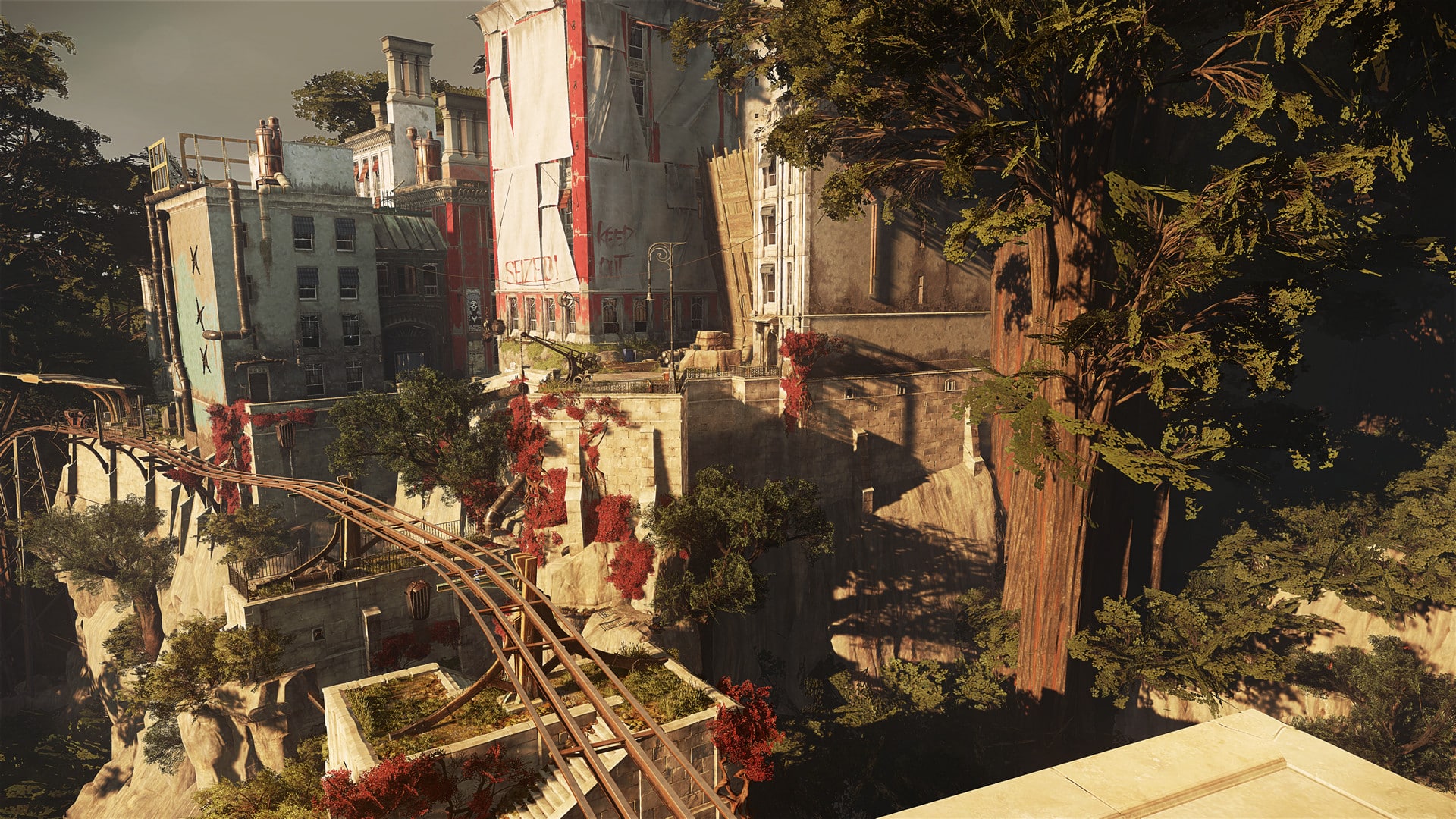 This goes for New Game Plus as well. You’re given the runes and bonecharm traits necessary to upgrade yourself up to where you were before, but you have to reacquire all your loot and whale bone to craft new charms. The result is more options, not greater power. You can clear the entirety of Dishonored 2 without being spotted, while powerless, never spending a dime of in-game currency — and that’s just as valid and accounted for as any other approach. It’s all on you to execute your plan as you adapt to the world’s responses to your actions.

The result is one of the most flexible, fluid, intuitive, reactive, and downright organic games ever put to disc. Even better still, Dishonored 2 takes advantage of its expanded materials. Did you know there were several comics based on the Dishonored series? Because there are! And characters reappear from them in the game. Plus, the delightfully devilish Delilah, along with a companion of yours, are both established in DLC from the first Dishonored, directly tying all the events of both games and extraneous materials together into one single story playing out over a dozen or so years.

If you knew about none of this, no problem — the game tells you everything you need to know within the context of its narrative. However, for those who have consumed all prior media, the story grants a boatload of fan service that enhances every aspect of the series’s story. You even get a glimpse of what’s coming next in the (apparent) series epilogue, Death of the Outsider, not just in Dishonored 2’s final moments but a key bit of exposition that comes back around later. 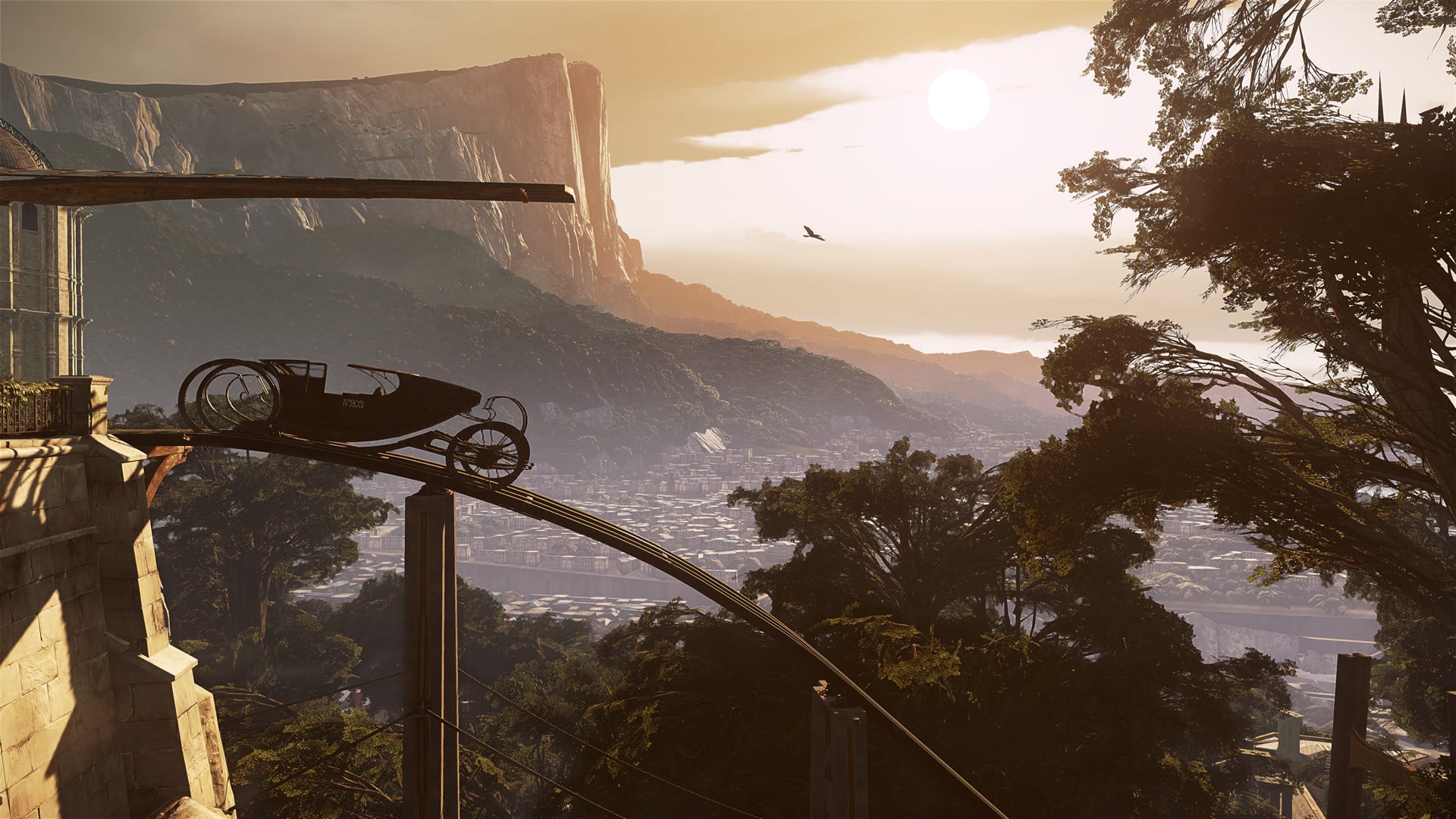 All of this occurs in a game that also plays beautifully, controls like a dream, and even offers PC-tier functionality like quick-saves for its console port. You can even customize the difficulty settings down to how much you can lean around corners. The amount of hard work on display is tremendous. Dishonored 2 isn’t simply “more” Dishonored — it’s Dishonored refined and defined in bold, a studio’s design philosophy made manifest. It is virtually a perfect sequel.

Arkane raised the bar for itself and for immersive sims as a whole. It’s a game where you can roleplay in a fresh dieselpunk fantasy world, or tackle it like a puzzle box, or a frantic action thrill ride — the choice is truly yours. It ensures that its core experience is focused, engaging, and worthwhile, all while establishing firm rules it only upends when there’s a clear benefit. It builds and evolves, testing its boundaries without throwing everything out that made the preceding entry so endearing. It’s strange and wonderful, and it honestly feels kind of impossible that it exists.

In every way that matters, Dishonored 2 is a magnificent step up. It accomplishes everything its predecessor did and more while staying true to itself. We don’t get games like this often; even Arkane’s struggled to capture the same magic in the years since, so it was a privilege experiencing its masterpiece again after all this time. If you haven’t already, do yourself a favor, and pick this one up. Whether you play through a dozen times or only once, it’s one of the best games of its console generation.