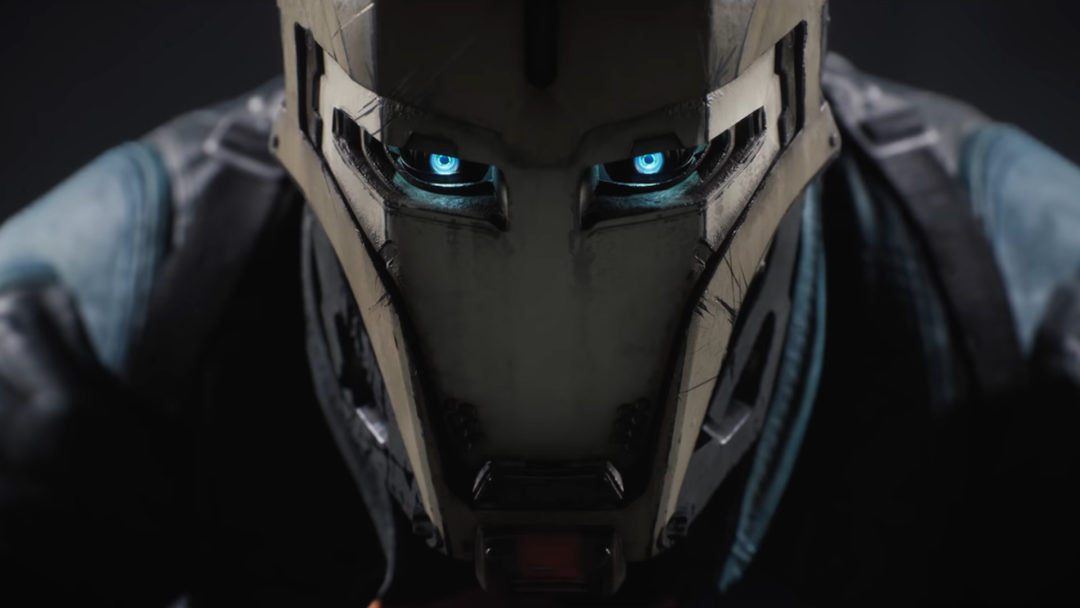 The debut teaser for the upcoming sci-fi first-person shooter dropped in July, and it teased very little besides the fact that it would involve some kind of vehicle. At Gamescom, though, Lehto debuted a more robust trailer for the game and gave several insightful interviews that revealed more concrete information about the game.

Disintegration will be set in a “near future” world in which ecological and economic instability has pushed humanity to the brink of extinction. Seeking to delay the inevitable, some people begin installing their brains into robotic platforms, in a process called “integration.” Ideological clashes between the integrated robo-humans, called the Rayonne, and fully organic un-integrated people form the backbone of the game’s conflict.

Gameplay in Disintegration will be a hybrid of Halo-style highly mobile first-person shooting and on-the-fly real-time strategy. Players will directly control one character who will navigate the battlefield in a floating Gravcycle — the sci-fi motor bike featured in the debut teaser — and will also have direct command over a small squad of AI teammates.

In an interview with Eurogamer, Lehto claims that Disintegration started out as a pure RTS title, but then it had FPS elements grafted on to help differentiate it from other sci-fi RTS titles.

“When we made the decision to add such a strong first-person shooter mechanic into it, but allow the player to tactically use that ground squad as part of their crew, we had to invent brand-new ways to engage with it,” says Lehto. “I wanted it to be in keeping with that first-person mechanic so it felt fluent and it felt natural; to be able to fire down a command pulse on the ground, to tell your units to move to this location, and have them behave autonomously as a result.”

Lehto hopes Disintegration‘s genre blending will help it stand out in a multiplayer landscape dominated by titles that fall wholly into one genre or the other. “We had to make it in a way that wouldn’t overwhelm the player by giving them too much. But also, making it really unique in a way that is carving out a little niche in a gameplay space that’s not filled yet, so we’re really hoping this might fill that space and become something bigger.”

Disintegration is scheduled for release in 2020 for PlayStation 4, Xbox One, and PC.