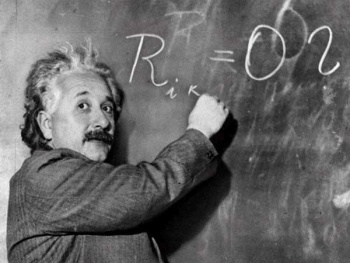 It turns out that this whole Internet thing might not be rotting your brain after all. In fact, evidence is in that shows using the Internet might actually make you smarter.

A study undertaken by the Semel Institute for Neuroscience and Human Behavior at the University of California at Los Angeles (better known as UCLA) shows that for many people, using the Internet can be the brain’s equivalent of a full-body workout.

The study took 24 subjects, half of which were experienced Net-savvy web-crawlers, and the other half of which barely used the Internet at all in their daily lives (yeah, I know, I don’t get how that’s possible either). When asked to do something passive – reading an e-book off a computer screen – there wasn’t any noticeable difference in the brain activity between Group A and Group B.

However, when asked to search for the benefits of eating chocolate, and the best way to travel to the Galápagos Islands, the frequent Internet users experienced twice as much brain activity in the frontal, temporal and cingulate areas of their gray matter … all of which contribute to complex reasoning.

It’s a small study, and I think they’d need to obviously try again with a larger sample size (as well as test a wider range of subjects – from what I understand, the subjects were all 50 or older), but hey, evidence is evidence.

So the next time your parents/siblings/significant other/coworkers yell at you to stop spending so much time online, you can turn to them and wittily respond, “But I’m getting smarter. Your puny little temporal lobe is no match for mine.” It’s the mental equivalent of kicking sand into their face at the beach.