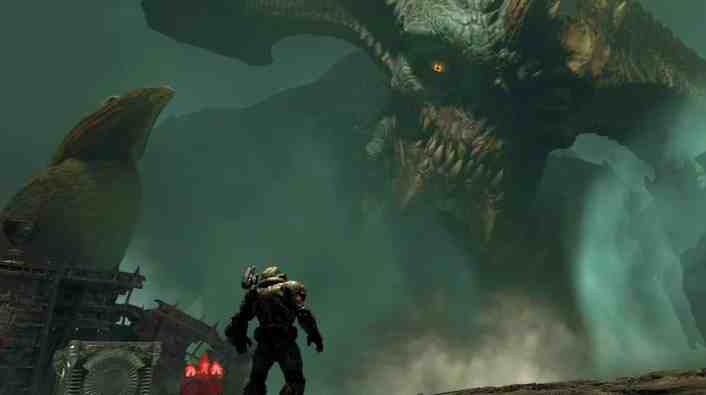 Doom Eternal: The Ancient Gods, Part One DLC brings giant demons to id Software’s 2020 FPS this October. The Oct. 20, 2020 release date was revealed during the Gamescom Opening Night Live event today alongside a very Doom gameplay trailer. Judging by the footage alone, it is clear that the DLC will feature some familiar enemies and features, though, of course, it looks like there will be some new things to explore too. Watch the new, giant-sized gameplay trailer below.

Bethesda provided a short description for the Doom Eternal DLC:

Your war is not over… slaying the Khan Maykr left an imbalance of power that threatens all of creation. With the aid of an old ally, battle your way back to Urdak and decide the fate of the cosmos. Your mission is now your own.

Earlier this month, Bethesda revealed that both Doom Eternal and The Elder Scrolls Online will be coming to PlayStation 5 and Xbox Series X. Then, just the next day, the publisher and id announced Doom Eternal: The Ancient Gods, Part One.

Doom Eternal gets its the Ancient Gods, Part One DLC this October on Google Stadia, PC, PlayStation 4, and Xbox One. There is no word on release plans for the DLC’s second part or when the base game will launch on Nintendo Switch.