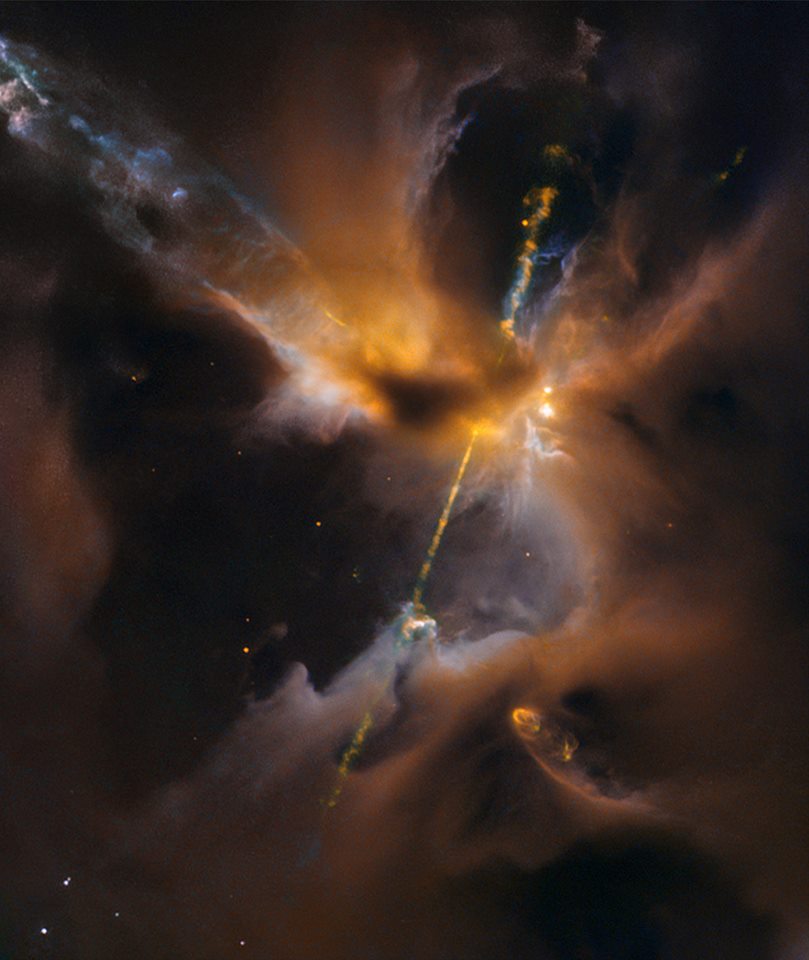 NASA is having a little fun with the release of Star Wars: The Force Awakens this week, but the image from the Hubble Space Telescope does look a bit familiar.

With Star Wars: The Force Awakens in theaters now, it makes sense that our national space agency would have a little fun with the release. The interesting part is what they used – an image from the Hubble Space Telescope of a star being born.

What appears to be a double-bladed lightsaber is actually gases shooting forth from new star. And the phenomenon is actually happening here in the Milky Way in an area NASA calls the Orion B molecular cloud complex, which is only about 1,350 light years away.

“Science fiction has been an inspiration to generations of scientists and engineers, and the film series Star Wars is no exception,” said John Grunsfeld, astronaut and associate administrator for the NASA Science Mission directorate. “There is no stronger case for the motivational power of real science than the discoveries that come from the Hubble Space Telescope as it unravels the mysteries of the universe.”

When stars form within giant clouds of cool molecular hydrogen, some of the surrounding material collapses under gravity to form a rotating, flattened disk encircling the newborn star.

Though planets will later congeal in the disk, at this early stage the protostar is feeding on the disk with a Jabba-like appetite. Gas from the disk rains down onto the protostar and engorges it. Superheated material spills away and is shot outward from the star in opposite directions along an uncluttered escape route – the star’s rotation axis.

Shock fronts develop along the jets and heat the surrounding gas to thousands of degrees Fahrenheit. The jets collide with the surrounding gas and dust and clear vast spaces, like a stream of water plowing into a hill of sand. The shock fronts form tangled, knotted clumps of nebulosity and are collectively known as Herbig-Haro (HH) objects. The prominent HH object shown in this image is HH 24.

Of course, if we see another image of a small object jumping to hyperspace, then we can have a real conversation.

NASA also is using the Force to call on potential candidates to be the next Han Solo, so if you feel a pull toward NASA’s website, you’ll know why and give in to apply.