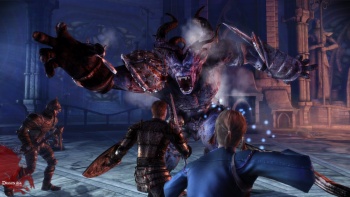 BioWare’s new epic fantasy RPG has been pushed back to November.

Remember on Friday when BioWare denied that Dragon Age: Origins had been delayed? Well it turns out that that wasn’t entirely correct, as BioWare’s Community Co-Ordinator Chris Priestly announced on the Dragon Age forums that the game had been pushed back to November.

“Hi Everyone. As you have seen Dragon Age: Origins will be released on November 3rd in North America and November 6th in Europe on the Xbox 360 videogame entertainment system and PC. The PlayStation 3 version will follow later in November.”

Given the number of games that have been delayed until 2010, a few weeks isn’t so bad, but it’s still a little disappointing, especially to PlayStation 3 owners who have to wait even longer. No reason has been given for the delay as yet, nor for the extended wait for the PS3 version.

A Disciple of PvP

Press Released: Plugged Into the Past