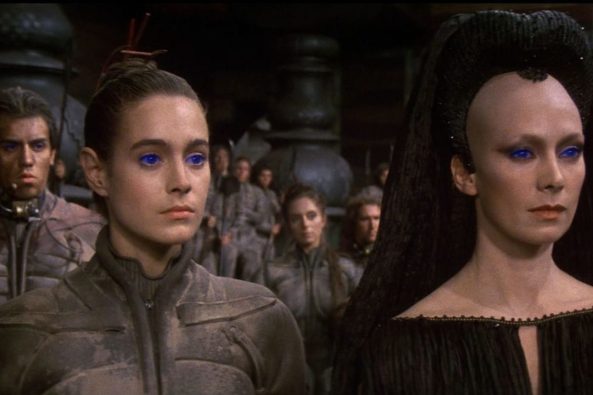 Legendary is shaking things up in its attempts at launching a Dune cinematic universe even before the first piece of media in the burgeoning franchise lands. The studio has removed Jon Spaihts as the showrunner for the HBO Max spin-off show Dune: The Sisterhood so that he can focus on completing the screenplay for the yet-to-be-announced sequel to the upcoming Dune film directed by Denis Villeneuve.

According to a report from THR, Legendary TV was not satisfied with the work that Spaihts was turning in for the show and decided to move him along and look for a new showrunner. Spaihts, who co-wrote the screenplay for the upcoming Dune film that is now in post-production, can now use his free time to work on the planned sequel. That sequel should be a continuation of the first film, as the plan was always to split the story found in the first Dune book into two films, but it had yet to be confirmed or even acknowledged by the studio as in production. And to be clear, the Dune sequel still is not green lit.

Spaihts will still be an executive producer on the show alongside Villeneuve, Brian Herbert, Byron Merritt, and Kim Herbert for the Frank Herbert estate. Frank Herbert is, of course, the author of the seminal Dune novels, which take place in a future where the Padishah Emperor rules a feudal empire that sprawls across the galaxy. The Sisterhood, which looks to be a sort of sci-fi political thriller set in the Dune universe, follows the Bene Gesserit, a mysterious group of women who have special abilities and weave themselves into the ruling class of the empire to direct and control it from behind the scenes.

Studios are all desperate for their own MCU, but as we’ve seen from attempts like the DCEU and the Dark Universe, it isn’t that easy to launch a sprawling, multi-platform franchise. Legendary has plans for Dune that go far beyond TV and film, branching out into video games, digital content packages, and comic book series. Given how many eggs they are putting into the Dune basket, it makes sense they want their first show to be exactly right. But restricting creative control can also lead to issues, as Star Wars has recently shown, and doing so so early in a universe’s creation is concerning.

Dune will release on Dec. 18, 2020, and the Dune: The Sisterhood release date on HBO Max has yet to be announced.