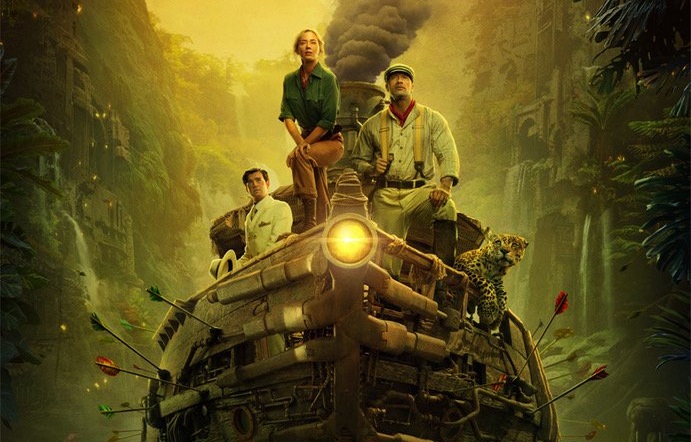 It’s time for some old-school family adventure into the deepest reaches of the Amazon. Disney has released the first trailer for the long-gestating Jungle Cruise, which Disney really wants you to know is a Disney movie because whenever they mention the title they put Disney before it.

The film is loosely based on the Disneyland ride of the same name, which is pretty obvious from the nods to the ride in the trailer as Dwayne Johnson’s Frank escorts a bunch of tourists he’s conned down a fake Amazon river. It’s actually kind of a rare moment of self-awareness from Disney, but it quickly passes as the rest of the trailer sets up the story of Emily Blunt’s Lily Houghton enlisting the aid of Frank to sail deep into the Amazon. It’s an adventure story straight out of pulpy novels that birthed the genre and leaning hard into the kind of Indiana Jones or The Mummy fun that the genre can author. It’s not clear if it will be as good as those, but that’s definitely what the tone is.

Disney is obviously hoping to kick off another ride-based franchise here as Pirates of the Caribbean has seemingly finally sunk down to Davy Jones’ Locker (maybe). With Blunt and Johnson leading the way it definitely could be something. The two are nearly universally charismatic in everything they do and seem to play off each other well here in roles that are obviously meant to be cliches.

Jaume Collet-Serra is set to direct with a script by Glenn Ficarra, John Requa (Smallfoot), and Michael Green (Logan). Collet-Serra hasn’t tackled a blockbuster before.