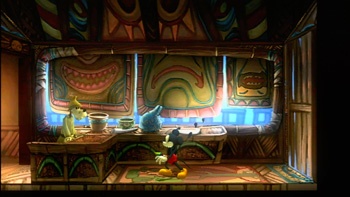 I didn’t realize it at the time, but now that I’m putting it down in words, it occurs to me that this was my eleventh E3. Over the years I’ve stuck to mostly covering PC games and, while that’s still one my passions, this was the first time I finally had the chance to break out and explore things on the console side. There were plenty of games that impressed me, but the great frustration of E3 is that there’s never time to see everything you want to see. Here’s a list of the five games that most impressed me at this year’s show.

5. Kirby’s Epic Yarn
What? Kirby? You betcha! Now, Kirby is not normally my kind of thing, and I was tempted to pass on the demo in favor of spending more time with games like Zelda and Metroid. Fortunately, the PR person’s persistence and my own guilt over not being as thorough as possible convinced me to give it a go, and I was really surprised at how much I enjoyed it.

The cloth-style aesthetic was brilliant and proved that good graphics are much about design and style as about polygons and framerates. But what really won me over was the cooperative gameplay. Tossing your friends around is always lots of fun and in Kirby’s Epic Yarn, it’s actually part of the gameplay itself.

4. Epic Mickey (pictured)
A few of us were sitting around after the show talking about the games that disappointed us the most and Epic Mickey was one of the titles that first came to mind. I sat down and played a good twenty minutes of the game and came away feeling a little disappointed that my interaction with the game world was a bit too straightforward. The painting and thinning mechanic was interesting and the demo showed off multiple solutions to problems, but I was still expecting something more. After all, this is a Warren Spector game, right?

Something about that initial impression bothered me. Once I examined it, I realized that my expectations were entirely focused on gameplay, which isn’t what Epic Mickey is trying to deliver. If I had given myself a chance to get swept up in the hype, I think I might have had the same reaction to Kingdom Hearts, which is one of my favorite games of all time. After thinking about, I realize that gameplay isn’t what Epic Mickey is about; instead, it’s about the exploration of Mickey’s world and on that count, the game succeeds amazingly. 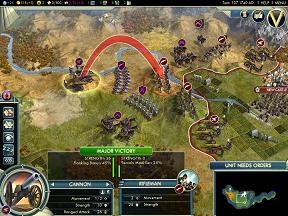 3. Portal 2
Valve’s quirky, unexpected hit is still one of the most enjoyable games I’ve played in the last few years, so it was great to see a full on sequel that builds on the humor and simplicity of the original. Portal 2 seems like it adds a bit to everything that was great about the original game. This time around there are more personalities, more puzzles and more variety. There’s always a risk that quantitative additions could take away from the bizarre charm of the original game, but Valve seems to have things on the right track. I’m particularly intrigued by the notion of seeing how the passing of time has impacted the research facility and I can’t wait to try the two-player cooperative campaign. That alone makes it worth the price of admission.

2. Shogun 2: Total War
There’s a saying in the film industry that movies aren’t ever finished; they’re just eventually abandoned, and I think it’s just as (if not more) true of the gaming industry. There’s not a game in the entire history of this industry that hasn’t been tweaked right up until the very minute the gold master is sent off for duplication. That’s why it’s so exciting to think that Creative Assembly is having another go at Shogun Total War.

Creative Assembly’s come a long way since it first released Shogun ten years ago and now it’s applying ten year’s experience and growth to making Shogun 2: Total War. The sequel takes a step back from the excesses of Empire to deliver gameplay and story that are much more focused and defined. The battle demo we saw at E3 was simply spectacular and if the team can fulfill their promises on the campaign side of things, this will definitely get lots and lots of play time at my house.

1. Civilization V (pictured)
I have to be honest; I love Civilization IV so much that I wasn’t ready for Civ V. I’m still playing Civ IV on a regular basis, so the very idea that we needed a sequel just seemed wrong. But while other companies keep spinning out slight variations on their formula for $60 a pop (see: Sonic Colors), Firaxis should be commended for its more radical reinvention of its core franchise. Some see hexes as anathema but it’s gratifying to see a studio be willing to shake things up with its only big property.

Fortunately, the game’s creators seem to know what they’re doing and my excitement builds each and every time I see or learn more about the game. Yes, I still have my doubts about certain features (or in some cases, the absence of other features), but the revamped combat and streamlined design and improved AI are more than enough to make this my most anticipated game of the year.