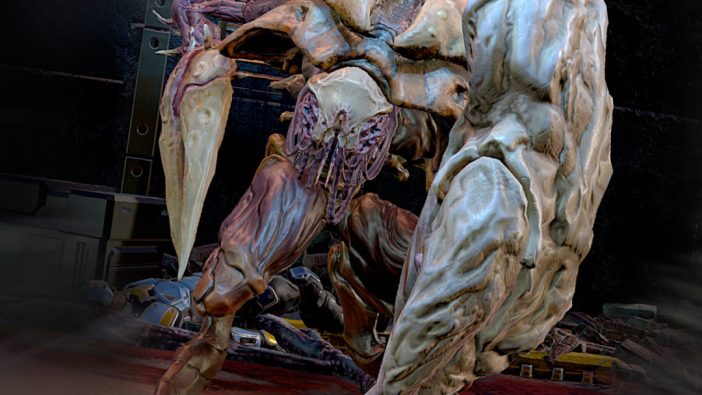 As if Yooka-Laylee weren’t enough, the “original creator returns to the genre they helped codify but technically no longer own the copyright to” train is going full steam ahead with X-COM tribute Phoenix Point, by original X-COM creator Julian Gollop and his new studio Snapshot Games.

Gollop originally teased Phoenix Point on Twitter back in March 2016, and over the years a drip-feed of information has slowly accumulated into a mighty river of reveals. Dispatches direct from Gollop, an early access period, and various trailers have painted a picture of a dynamic, story-driven tactical turn-based shooter. A system very much like Fallout’s limb-targeting V.A.T.S. system will enable players to shoot more accurately and fight more strategically, and the enemy aliens are supposed to rapidly evolve to become more challenging in unpredictable ways.

Yahtzee Croshaw, as ever, is skeptical. Promises are pretty easy to make, and Gollop has enjoyed making them. One of Phoenix Point’s central systems concerns how its destructible arenas will promote more frantic and improvisational warfare. The game’s environments are said to be littered with X-COM-style environmental blockades and other impromptu shields, any of which can be destroyed with the application of enough firepower, preventing players from leaning on them too heavily. Croshaw sees this system for what it really is, describing it from the E3 show floor as a “slightly more dynamic cover system.” Chest-high walls with good P.R.

Also promised by Gollop is a dynamic narrative, which will change depending on the relationships players develop with each of the game’s three human factions. Phoenix Point is even supposed to have multiple endings, an unusual conceit for a tactical game. Obviously the game’s endings won’t be accessible at E3, so this can be neither confirmed nor denied, but Croshaw is healthily skeptical of this claim as well. “Apparently a greater focus on story with some branching path stuff? Will believe it when I see it.” Us too, Yahtz.

Phoenix Point is scheduled for a release in September 2019. It will be an Epic Games Store exclusive for one year, before moving getting a wider release for Windows, macOS, and Xbox One.