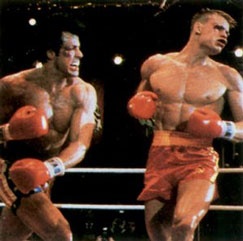 In keeping with its well-established reputation for innovation, Electronic Arts has announced FaceBreaker, a new boxing franchise currently under development at EA Canada.

Created by the team behind Fight Night Round 3, FaceBreaker will offer irreverent, in-your-face fun with stylized graphics and immersive gameplay. Each boxer in the game will be distinctly styled, such as the pelvic-thrusting Romeo and a dirty-fighting Russian demolitions expert named Molotov. The built-in Photo Game Face will allow players to upload their own photos to the game and make things personal.

“We’re very excited to announce FaceBreaker, an all-new franchise from EA Sports that is fun, fresh and innovative,” said EA Sports President Peter Moore. “FaceBreaker reinvigorates one of the great genres in sports videogames. Arcade boxing takes me back to my roots in this industry, and this game signals our shift to adding more approachable fun to our product lineup. In no time at all, you’ll be picking up the controllers and knocking your opponents around the ring, smashing faces, and having a riot.”

FaceBreaker is expected to ship later this year for the Wii, PlayStation 3 and Xbox 360 consoles. More information is available, as of February 1, at EA’s FaceBreaker website.