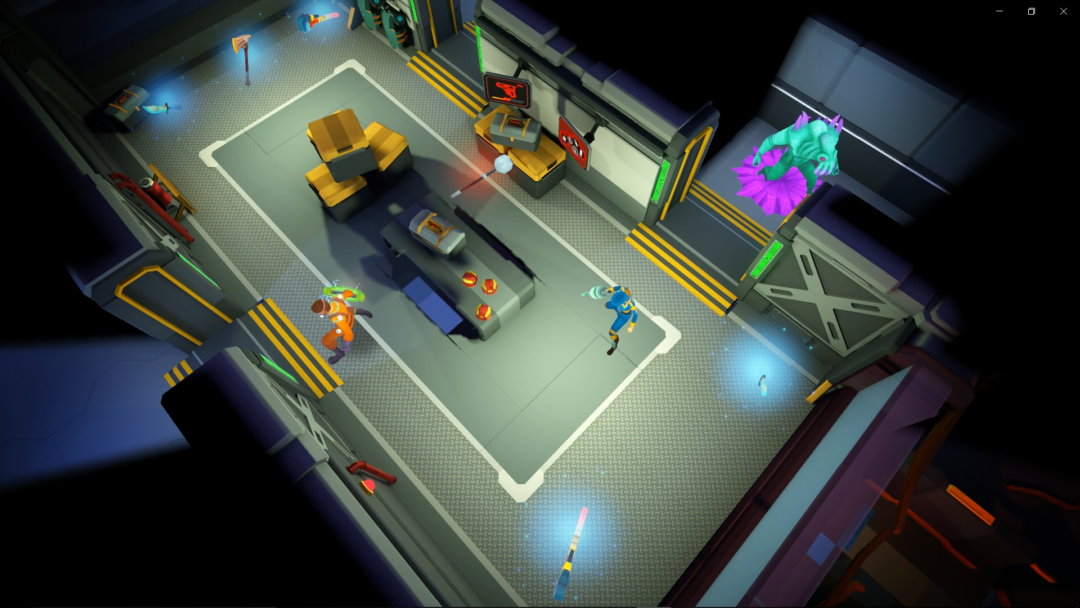 When former Riot Games designer Colin Feo decided to start his own studio, he sought out co-founders he could trust to be honest with him.

“You don’t want to work with the people you get along with perfectly,” he said. “You need to have people where you’ve been in arguments countless times and you’ve come through on the other side with a deeper sense of respect. You can’t really pull punches in game development. It gets dangerous when you’re not really honest about your product.”

Feo partnered with his older brother Cris and childhood best friend Sam Leonard to found Windwalk Games. Ironically, those trusted bonds are being used to build a game all about lying, Enemy On Board.

“The thought was, let’s take the social deception gameplay from Mafia or Werewolf, let’s combine that with everything I learned at Riot, which is building real-time action games with the hooks those have and the great progression,” said Feo. “Can we come up with a best-in-class social deception game that’s action-packed, super clippable, really easy to understand, and easy to follow but still has hilarious social hijinks?”

Enemy On Board recently wrapped a highly successful Kickstarter campaign and is launching a closed beta in early 2020. The PC game has six players take on the roles of crew members on a spaceship, with the twist that two of them are secretly aliens. Each side immediately wins if they can kill all of the others, but there are numerous complications meant to keep people guessing throughout each 5-10-minute round.

There are three types of aliens, each with their own risk-taking behavior needed to allow them to transform and maul the other players. Infesters want to find big groups of people and shoot out a dust that will cause everyone exposed, including the infecting alien, to make a noise after six seconds. The spider sneaks off to lay eggs around the ship and gets points whenever another player steps on them. The leech can gain power when alone with one person, and if someone else enters the scene, they’ll see the leaching happen but not know who’s preying off whom.

When they’ve earned enough points from their unique behavior, the alien can transform for 15 seconds, try to kill another player, and then sneak away to transform back and join the rest of the crew. While some early players prefer to transform as soon as possible and play aggressively, others prefer to keep their identity hidden and try to get the human players to kill each other once the armory opens halfway through the game. Aliens and humans are also forced to come together periodically to fix generators on the ship, which will kill everyone if not dealt with. Repairs can be especially tense when you think one of the other players is an alien but still need to work with them. 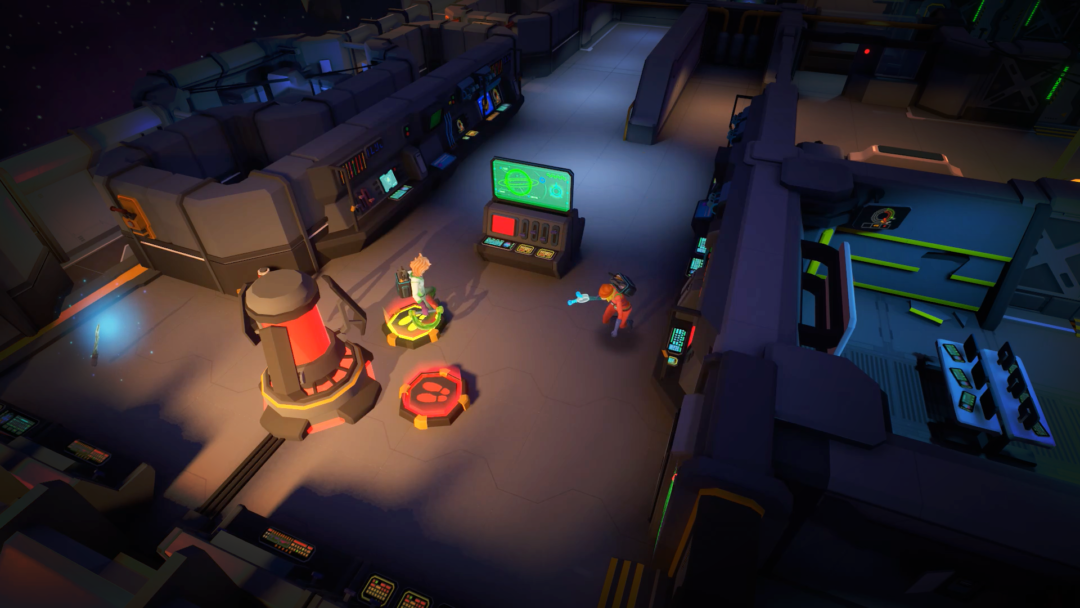 All sense of caution gets thrown out the airlock late in the game, when aliens are able to permanently transform and humans can turn themselves into cyborgs equipped with giant guns and swords. After that, Enemy On Board becomes a race to get to the escape pods to flee the ship before it explodes. Powers that let you push or pull other players become especially useful here, with players sometimes yanking each other out of pods at the last moment.

“Early on, they’re in this information-gathering state of fear as they wait for an alien to pop out of the corner,” Feo said. “As the round progresses, things get more violent.”

Early Enemy On Board testers recruited through Discord and Reddit have helped the developers fine-tune the game and encouraged them to introduce new features. The developers changed the locations of the keyboard keys for transforming and talking in a special alien chat channel because too many people were accidentally revealing themselves. They also added an observer mode where four extra people can just watch the action and chat with each other and anyone who’s already died in the game.

“You get this hilarious effect where someone will get killed by the alien and they’ll go into observer chat and everyone will say, ‘You’re an idiot. How did you not see that coming?’” Feo said. 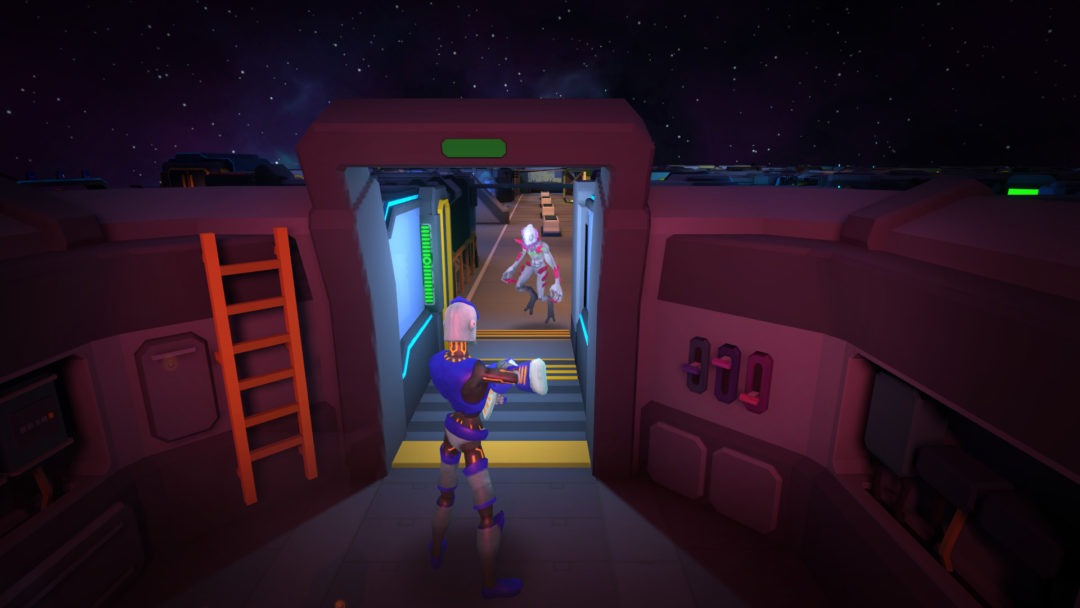 Players have also been inventing their own modes of play. One involves going all out fighting each other in an informal battle royale. Another involves playing a form of deadly tag where whoever shows up last to fix a generator becomes the target for everyone else until they’re killed or the next generator goes down. Feo said that Enemy On Board was in part inspired by the Werewolf and Parasite custom maps for Warcraft III, and he wants to give players the tools to make their own maps and scenarios.

Feo also learned a lot about live-service games from working on League of Legends and plans on regularly releasing new content for Enemy On Board including additional maps, games modes, crew members, and aliens.

“We imagine each of our updates being themed around our crew going to a new planet for an adventure,” he said. “The way we pitch it is like a hopefully non-cheesy version of Star Trek.”

While he still hasn’t decided how monetization will work, he imagines a battle pass built around each new adventure along with a store where people can buy skins. The goal is to build a community of devoted players and streamers.

“Social deception, if you can find a way to pull it off, is incredibly compelling,” Feo said. “YouTubers and Twitch streamers really want to find a way to differentiate themselves. A lot of them have amazing personalities and a great rogues’ gallery of friends to play with. We think of our game as a tool for them that lets their charisma be on display.”

Enemy On Board will release sometime in 2020.