HBO has hired Nerial and Devolver Digital to produce a Game of Thrones-themed version of their Reigns mobile and PC game. 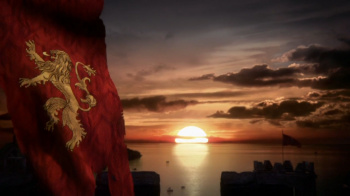 Dropping in October for Steam, iOS and Android devices, Reigns: Game of Thrones will let players sit on the Iron Throne as characters including Daenerys Targaryen, Jon Snow, Sansa Stark and Cersei Lannister. Whoever they choose, they’ll be regularly presented with threats and challenges and must decide how to respond to them by swiping left or right. The goal is to have a nice long stay in power, but the wrong move could end up getting you deposed. The game costs $3.99 and preorders are open now.

Rather than leaning on the show’s massive popularity and just doing a cheap reskin, the partners have assembled an experienced team to work on the project. Former Escapist Magazine contributor and narrative designer Leigh Alexander will be working on the writing, joining composer Ryan Ike, indie VFX artist Irene Navarro, and Reigns: Her Majesty veterans Tamara Alliot, Arnaud De Bauk, and Eric Van Amerongen.

The announcement likely means that Telltale’s Game of Thrones series won’t be getting its promised second season. That was already looking unlikely after last year’s announcement that the run was being put on hold was followed by massive layoffs at the studio, but the Reigns collaboration is a strong indicator that HBO is going in another direction with it’s licensed games.

While Reigns: Game of Thrones will certainly draw on the mythology of the Seven Kingdoms, the sheer number of monarchs you can have shows it’s going for more of a “what if?” concept than the focused narrative of the Telltale games. That’s a good thing; Reigns‘ variety will keep the show’s ending a mystery until season 8 premieres in April, and HBO must be at least a little concerned with how it will sustain interest after taking 2018 off. Giving fans a new way to connect with their favorite characters could keep them eager to see who really will win the Game of Thrones and who will die.

In other straight-to-Hollywood news, Monument Valley, Ustwo Games’ minimalist puzzle smash from 2014, will be adapted into a movie by Paramount Pictures and Weed Road Pictures according to a report from Deadline. Patrick Osborne, an animator with credits on a number of recent Disney hits like Tangled, Wreck-It Ralph, and Big Hero 6, is set to direct. 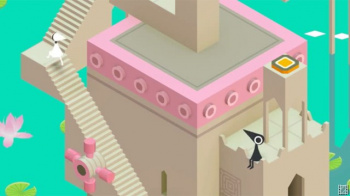 The beloved indie game inspired by MC Escher seems like an unusual fit for Paramount Pictures. Ida, the princess protagonist, is a striking figure in Monument Valley‘s diorama worlds but she isn’t a vocal or emotive character. The eerie crows and ghosts that block her progress through the game’s mazes – even those mazes themselves – are subtle and austere. None of these features seem particularly well-suited to an animation studios whose features include Sherlock Gnomes and an in-production Sonic the Hedgehog movie that is somehow also a buddy cop romp.

Then again Monument Valley‘s impressionistic qualities arguably make it a much better candidate for adaptation than other games that have hit theaters in the last few years, like Tomb Raider or Assassin’s Creed. Whereas those games already featured fleshed out characters and big, dynamic set pieces, Ida’s character arc is well-defined but open to interpretation. The game tells us that she’s returning sacred objects that she stole from a weird, beautiful place, but her voice, her world and her co-stars are as open for expansion as her backstory.

Osborne seems to appreciate that potential. “Monument Valley is a one of a kind experience, at once small in its meditative, simple gameplay, as well as enormous in its sense of history,” he told Deadline. “I’m privileged to be handed the reins to Ida’s mysterious kingdom, to play in her world of impossible architecture where seeing things differently is everything.”

There may be a problem, though: Weed Road Pictures is Akiva Goldsman’s studio and he’s producing the adaptation. Goldsman isn’t a household name, but his portfolio will be familiar to anyone following Hollywood adaptations of cherished genre fiction. His most recent work is The Dark Tower, a movie that reduced Stephen King’s sprawling, dimension-hopping, fourth-wall-breaking fantasy series into an 90-minute feature where Idris Elba and Matthew McConaughey leer at each other in an old shopping mall. Goldsman is also the man who wrote Batman & Robin. Full stop.

Given that history, Monument Valley fans hoping for a movie that feels different from but true to the game should brace themselves for something that is, at the very least, different.

Dontnod has finally revealed details about Life is Strange 2. Though, with the original game having launched in late 2016, its prequel, Life is Strange: Before the Storm late last year, and this June’s announcement, then subsequent quick release of The Awesome Adventures of Captain Spirit, LiS hasn’t had a chance to be off the radar. This is part of what makes what we now know about Life is Strange 2‘s new direction feel fresh.

Releasing next month, Life is Strange 2 centers on the Diaz brothers. Sean is 16 and is trying to ask out a girl, likes to draw, and wants to join his friends at a big Halloween party. His little brother, Daniel, is nine, and trying to earn Sean’s approval. After a series of events in the first chapter, “Seattle”, Daniel’s Halloween fake blood gets on the bully next door, chaos breaks out and a police officer arrives to confront all three boys. Sean and Daniel’s dad steps in and the cop shoots him. 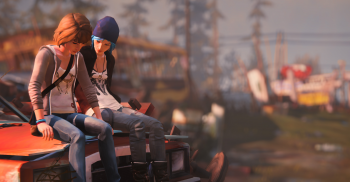 In this intense, emotional, frightening moment, Daniel screams, and the screen fades. When Sean wakes up, the cop and bully are dead, and their street is destroyed. I guess it wouldn’t be a Life is Strange game without some kind of destructive powerful event. (Or a dead parent?)

It’s a lot to take in. Players control Sean in the demo but the special ability belongs to Daniel. How will Daniel’s ability work, exactly? Will we play as Sean the whole time? We don’t yet know how, or if, players will control Daniel’s powers. The brothers’ relationship will clearly be important, with a few of Sean’s choices in the opener involving respecting Daniel’s privacy and deciding whether to confront the bully or Daniel about the fake blood incident. Whatever Daniel is capable of doing, and how it will affect the story, is still a well-kept mystery. And that’s great.

After their father’s death, the Diaz brothers decide to head south to his native Mexico. The trailer shows their bond as central to the game, though there’s little doubt these two will face tests. Themes seem to be learning from each other, brotherhood, and survival. Choosing to base a story on Mexican-American brothers who’ve seen their immigrant father shot by a cop is also undeniably topical.

The first game was criticized for being nearly all white, and by making a game with two Latino protagonists, LiS has clearly taken that to heart. Some players have said they are more interested in playing because of the change.

Dontnod is sticking to familiar territory with these young protagonists, but it is also taking risks. In choosing to tell a completely new story using the Life is Strange universe as the setting, it sets up the potential for all kinds of different tales to be told, while retaining a sense of emotional honesty and a sense of urgency. The takeaway seems to be that the development team is genuinely building upon what they have done before, going in a direction that feels both a little familiar and very different, and yet still full of secrets to reveal.

Amazon has replaced the 20% discount Prime members received on video game pre-orders with a $10 rebate.

The deal only applies to physical and digital games sold directly by Amazon, with buyers being rewarded with $10 in Amazon credit 35 days after their game is received. That’s a marked decrease from the old program, which amounted to around $12 off AAA releases.

This is the second time Amazon has scaled back its gamer benefits. When the program rolled out in 2016, the sale price applied to all purchases made within two weeks of release, but last year Amazon shifted the deal to only apply to pre-orders. Some major game publishers foreshadowed this most recent change in spring when they stopped allowing pre-orders on Amazon.

Amazon is the second major retailer to disappoint gamers this year. In May, Best Buy said it will no longer be taking new members for its Gamers Club programs, though anyone with a $30 two-year Gamers Club Unlocked subscription will continue to receive special deals on purchases and trade-ins until their contract expires. Members of the retailer’s standard My Best Buy loyalty program still receive a $10 reward certificate for preordering major titles.

Encouraging pre-orders is a way for retailers to hedge against bad reviews and ensure baseline sales numbers, but these moves show a trend away from discounts as a prime motivator to relying on publisher-provided perks that are harder to put a price tag on. Shoppers who preorder Marvel’s Spider-Man receive bonuses including three costumes, a PlayStation 4 theme and a PlayStation Network avatar while pre-ordering Shadow of the Tomb Raider gets you access two days early.

That doesn’t mean retailers aren’t still trying to find ways to make sure you pre-order with them – GameStop is throwing in a Shadow of the Tomb Raider flashlight if you buy the game early. That might not be worth $10-$12, but to hardcore fans it’s priceless.