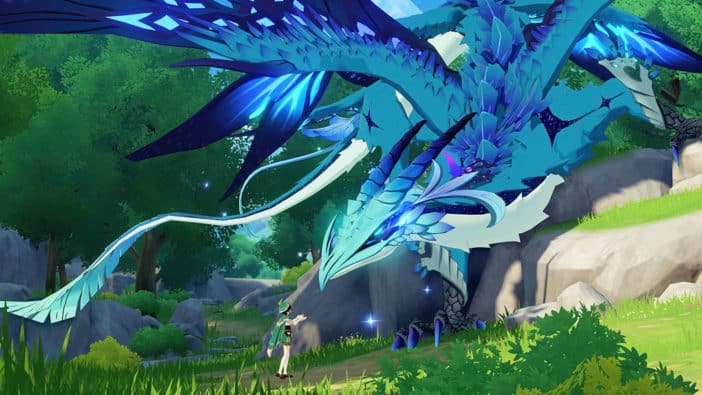 It’s been yet another eventful day in the video game world, ripe with news to cover. Today kicked off with the announcement that a brand new live-action Resident Evil movie is in production, and we also have concrete data on just how successful the massively popular Genshin Impact has been, along with word of a limited-time Overwatch trial on Nintendo Switch, a look at the incredible graphics of NBA 2K21 on next-gen consoles, and more. Here’s the video game news you might’ve missed on Oct. 6, 2020.

Starting on Oct. 13 and running until Oct. 20, Nintendo Switch Online members will gain access to the full version of Overwatch at no additional cost. This news comes by way of the official Nintendo of America Twitter account, noting that you’ll be able to participate in “intense 6v6 battles” with the entire roster of beloved heroes. The trial version is available to pre-load on Nintendo Switch right now.

On 10/13 until 10/20 at 11:59 PM PST, #NintendoSwitchOnline members can experience the full version of @PlayOverwatch!

Fight for the future in intense 6v6 team battles, using a mesmerizing lineup of heroes, weapons, and powers to claim victory!https://t.co/D6XNvODP5B pic.twitter.com/05EWzSjgJX

Today, Ubisoft detailed what to expect from Watch Dogs: Legion after it releases, and the roadmap looks to be varied and robust. Most notable is the inclusion of Spider-Bot Arena, a PvP mode for up to eight players to battle against one another. You’ll also get to participate in new in-game events, along with four-player cooperative missions as part of Tactical Ops. Plus, Season Pass content will introduce new stories, progression, and returning favorites from past Watch Dogs games — and even an Assassin’s Creed crossover.

While the full lineup of characters is still yet to be revealed, Nintendo has done a great job of trickling out information about Hyrule Warriors: Age of Calamity. Today, we got a new trailer showcasing the King of Hyrule and Sheikah researchers Robbie and Purah, whom you might remember from The Legend of Zelda: Breath of the Wild. While it’s unclear if these characters will be playable, we do know they will be “allies” who will assist in fighting against Ganon. Hyrule Warriors: Age of Calamity will launch for Nintendo Switch on Nov. 20.

Here’s What NBA 2K21 Looks Like on Next-Generation Consoles

We got a slew of trailers today, and for the final one we’ll dive into, let’s take a look at NBA 2K21 on PlayStation 5 and Xbox Series X — as revealed during a new trailer from 2K. Regardless of if you’re a basketball fan or not, this next-generation gameplay looks incredible. The trailer shows off ray tracing, more realistic-looking crowds, and some of the most believable character models we’ve ever seen. Check it out for yourself below and grab your copy of NBA 2K21 when it releases for next-gen in November (for $69.99 on those consoles).

Recently, the game Genshin Impact began to pick up serious momentum, offering a fun action RPG with a vast open world to explore — for free. We knew it was successful, but recently, we got a more precise idea of how well it’s doing. On mobile alone, it garnered 17 million downloads within the first four days of release. This does not include PlayStation 4 and PC, which likely have millions of players on each. The game has also reached an estimated $50 million in just the first week, according to Daniel Ahmad, Senior Analyst at Niko Partners. The best part is that it costs nothing beyond optional microtransactions, so you can grab it on PC, mobile, or PS4 right now.