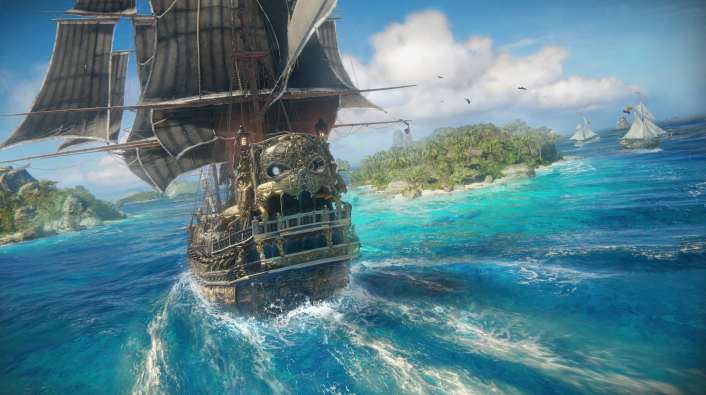 It’s Monday, and the video game news just doesn’t stop, does it? Following yesterday’s Ubisoft Forward event, we received a report about another one of the company’s most anticipated games, Skull & Bones. In addition, Babylon’s Fall won’t be getting a summer development update as planned, Amazon gets a new PlayStation 5 landing page, and more. Here’s the news you might’ve missed on July 13, 2020.

Skull & Bones Has Been Rebooted to a ‘Live Storytelling’ Game

A new report courtesy of VGC states that sources have confirmed Ubisoft’s Skull & Bones has been rebooted. The sources allege that it wasn’t coming together as Ubisoft had hoped, leading the company to move in a new direction, focusing on “live” game model elements. One term being used to describe it is “live storytelling,” similar to how Fortnite handles its narrative.

Skull & Bones has been in development for quite some time and has been delayed for the past three years in a row — originally planned to release in late 2018 and now not expected till at least 2021. While these reports have not been confirmed by Ubisoft, it would certainly explain the game’s absence, as well as the company’s silence pertaining to its development.

Eight months after its PS4 release, Death Stranding is almost available on PC, and to celebrate the occasion, Kojima Productions has released a new launch trailer to accompany the game. The game was originally intended to run at 60 FPS on PlayStation 4 but had to settle for 30 FPS; the PC version will allow frame rates of 60 FPS and beyond. Players can enjoy the definitive experience when Death Stranding releases for PC tomorrow, July 14.

Late last year, Square Enix and PlatinumGames promised we’d learn more about upcoming action game Babylon’s Fall this summer. Sadly, presumably due to the state of the world right now and the inability to work in an office, the companies have pulled back that statement and will now show more “as soon as” they can. The game’s official Twitter page released a statement, advising that PlatinumGames has been working from home and that development on Babylon’s Fall is “continuing to progress well.”

A recent tweet from the official Lego account seems to have been teasing something special, but as reported by VJGamer and other outlets, it looks like we know what it is now. The site reports leaked images of an NES console Lego set, complete with a Lego TV and cartridge. It will apparently come with 2,646 pieces and will cost a whopping $250.

The NES system is not functional of course, being for aesthetic purposes only. This has not been officially confirmed by Lego, but the images look legitimate. See for yourself.

Amazon Gets a PS5 Landing Page, Fueling Speculation Over When Preorders Will Begin

Many believe this confirms that preorders will go live soon, which would make sense considering the system’s holiday release window, but some analysts believe pricing won’t be announced till August. In the interim you can take a look at the Amazon page.