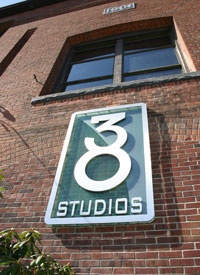 Head of 38 Studios, Curt Schilling, made an account at The Escapist to yell at us about our story on videogame tax breaks, but we ended up chatting about games and his 48-hour marathon MMOG session.

In 2004, Curt Schilling was a member of the greatest Red Sox team ever as they took home the first World Series Trophy Boston had seen in 86 years. But throughout his illustrious pitching career, he was always a gamer. Some athletes bought cars or went to exotic locales on vacation, while Schilling made sure that he had the best mobile gaming rig available. It follows, then, that when he retired from baseball, Schilling decided to turn his idea for a MMOG into a reality. He founded 38 Studios outside of Boston in 2006, and has hired some big names to help him out, including Todd MacFarlane (Spawn) and R.A. Salvatore (creator of everyone’s favorite dark elf, Drizzt Do’Urden). Schilling reached out to The Escapist to clear the air regarding videogame tax credits, but we ended up chatting about 38 Studios as a whole, the acquisition of Big Huge Games and Schilling’s admission that he once played EverQuest for almost 48 hours straight.

It was reported by the Boston Globe last week that Schilling was speaking to state governments about tax credits for videogame companies. Schilling wanted to make sure that it didn’t seem like 38 Studios was looking for a free ride. “My biggest concern was that, if you look at the way people were perceiving [the Globe story] and the way it was constructed after the conversation, that we were looking for handouts,” he said. “We’re not. We never have been.”

Schilling’s only comment about the situation was that there is a singular chance out there for cities in the region to foster game developers. “The New England area is so rich, from a young talent perspective. Every city is trying to be the next big thing” in videogame development, according to Schilling. “The city that can present an incubation-type atmosphere is going to win.”

But that doesn’t really matter for 38 Studios. “We’re not looking for handouts. We’re doing fantastic. Financially, we’re in a really good position,” Schilling said. “Obviously I’m biased, but the products are in a great, great place and we’re nailing our milestones. We’re doing the things we want to do from a development standpoint.”

The funny thing is that Schilling never thought that he’d be dealing so heavily with the business side of things in his game company. “Five years ago, when I thought about starting a [game] company, the last thing I thought about was talking to political people in the states we’re working in about tax credits,” he said with a chuckle. “You couldn’t get further away from making a game than those discussions.”

Schilling is a gamer, and has been since 1980. He started out on the Apple and used tape cassettes to load his games. “The hook for me was a game called Wizardry. That was my first addiction in the game space and to this day it’s still my favorite,” Schilling said. “Wizardry was the 3D version of Zork. I’ve been a hardcore gamer ever since.”

How did he balance playing and excelling in professional sports with a hardcore gaming lifestyle? Very carefully. “I would argue that I probably have bought more laptops and desktops than any gamer in that last 30 years,” he said. “Athletes get to the big leagues and they buy cars and houses, they travel. I was a gamer; I had the best gaming laptop and gaming rig you could have at all times.” Schilling even worked gaming into his contract, stipulating that every hotel room he stayed needed to have internet access so that he could log into EverQuest. 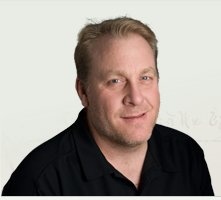 “I would build my off days on the road around gaming,” Schilling said before telling one crazy story. “I pitched a day game in Florida and we had an off day on Monday, and then we had a game on Tuesday [night]. I pitched on Sunday, and I literally logged on after I got home around 4:00 p.m. and I logged out of that EverQuest session Tuesday afternoon when I went to the ballpark. That was how I gamed. I broke for showers and some room service in between, but that was what I did.” For those of you who are mathematically challenged, that’s about 48 hours of constant gaming.

Many of his fellow athletes looked askance at his gaming habits. “People looked at me like I had four eyes,” he said. “I’m a jock; I’ve played baseball my whole life but I was a closet geek for a long time for a lot of the reasons that you could imagine. It wasn’t cool or whatever.” It took an event in EverQuest that was brought to the baseball diamond to really get Schilling to publicly speak about his gaming.

He introduced a teammate of his while he was in Philadelphia, Doug Glanville, to EverQuest, but after Schilling was traded to Arizona a year later, Glanville hit two home runs off of him in one game. “Doug hits about eight home runs a year, so this was big news,” Schilling said. The media latched on to Glanville and asked him about it, and he said that he’d been waiting years to get his revenge at Schilling for “murdering” him. “‘We played EverQuest together, and Curt got me trained and killed twice,'” Schilling recounted Glanville saying. The reporters then ran to Schilling and asked him about it, to which he responded, “I can’t help that Doug’s a noob.”

Sony Online Entertainment picked up on the story, as did Jayson Stark from ESPN. Ever since then, Schilling’s been known as a gamer in addition to being a pretty damn good pitcher, and he’s now parlayed that reputation into making the games that he enjoys playing so much.

MMOGs have been Schilling’s passion, and 38 Studios’ flagship product is such a game, codenamed Copernicus. Understanding how overhyping of games can sour audience reactions, Schilling is tight-lipped on any release information. The design team isn’t quite in crunch mode but they have grown substantially in the past few months, adding 30-40 new positions since January alone. Schilling now estimates that the entire company has about 160 employees in total, and that is split between the office in Medford, MA, and the recently acquired Big Huge Games in Maryland.

Schilling describes buying the veteran studio from THQ as almost a gut decision, which paid dividends. “We had heard that Big Huge Games was in trouble, and when we jumped into the mix the timeline was incredibly tight,” he said. “We, in effect, doubled our burn.” Schilling is referring to burning through the venture capital or seed money of 38 Studios before they had a chance to monetize, i.e. release a game. “As a pre-revenue startup, there are very few things that would incentivize you to double your burn at any point. It was a gamble, a huge gamble, but we believed that it was worth the gamble and the risk at the time and it ended up being absolutely that.” 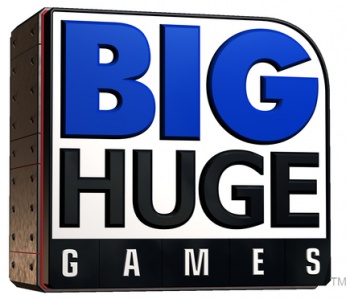 Schilling’s plan for Big Huge Games is for them to develop a single-player RPG set in the same universe as Copernicus, with its own fancy codename, Mercury, which will be released before the MMOG. “Mercury will lead our IP into the market,” he said. “We’ve got a unique ability to redo Blizzard’s model, which they accidentally fell into. They did the RTS [WarCraft] and the things that led into the MMOG; they got to get their IP out into the game space. We’re doing the exact same thing but we were planning on doing that from jumpstreet.”

I assume that Schilling isn’t referring to the ’80s teen drama here but rather that they had planned this business model from conception, and the acquisition of Big Huge Games allowed them to move forward on this plan. There’s no release date for Mercury either, but Schilling did say that the game has a publishing deal in place with Electronic Arts.

With PAX East this past weekend at the Hynes Convention Center in Boston and the area being the home of big game companies like Turbine and Harmonix as well as 38 Studios, Schilling doesn’t feel that the area is at as big a disadvantage as some people think it is. “I was told by venture capitalists and private equity people that starting an office in Boston in this industry is a recipe for failure. ‘No one is going to move from San Diego or Seattle or Austin to Boston.’ And my response to that was, if being in Boston is the reason that you don’t come to 38 Studios, after you see what you can be a part of, then you don’t fit anyway,” he said. “It has been an absolute non-issue from a hiring perspective. We have never lost somebody that wouldn’t move to Boston to take a position here after they’ve come in for an on-site interview and met the team.”

Schilling believes that the culture of 38 Studios is what attracts people and that is what is going to make Copernicus and Mercury succeed. He is also cognizant that his place in the company now, as Founder and President, is a little bit different than what he first imagined as a pseudo-designer. “As I’ve become educated in the development process, I began to understand that me meddling was one of the worst things that can happen and I started out thinking it would be one of the better things. I’m OK with that,” he said. “I’m here to help foster a culture. I’m here to take care of these people and their families and provide an environment for the most talented people in the world at what they do, to do it.”

“We have that one chance everybody has, to come out with that first product, that first bang, and do it right. Until that happens, it’s all talk and hyperbole, but I’m OK with people betting against me,” said Schilling. “I spent a lot of years doing a job where no one expects you to do the things that you do.”

As a former baseball player, he knows what it’s like dealing with adversity and how important it is to be in the right mental mindset in order to excel. “Just because you haven’t won a World Series in 86 years doesn’t mean you can’t win one next year. And for me, that mentality starts at the top.”