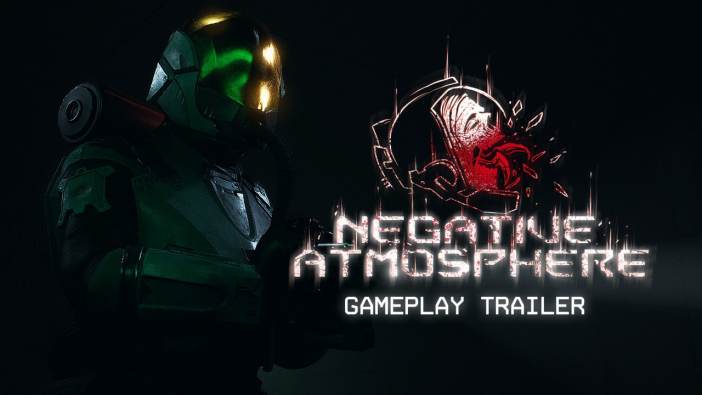 The latest Negative Atmosphere trailer is here exclusively as part of The Escapist Indie Showcase, bringing more gameplay from developer Sunscorched Studios’ PC sci-fi horror game. “Tense” is probably the best word to describe the three-and-a-half-minute gameplay video, which builds up the game’s scares with suffocating hallways and lighting just dark enough to fill your imagination with endless terrifying possibilities. While it has been nice to see that a Dead Space remake is on the horizon, Negative Atmosphere looks like it will at least help sate the sci-fi horror fans looking for more nightmare fuel.

Sunscorched’s third-person survival horror title has been in the works for quite some time. Originally getting its start as a GCSE art project, Negative Atmosphere ultimately entered full development thanks in part to its strong community backing. It’s clear that fans of the indie title have grown attached to the project due to the thick atmosphere, but Sunscorched promises more than a simple horror game. For example, the developers say that the game’s story will see players making choices that impact both the narrative and psyche of the main character, Samuel Edwards.

Just as with Isaac Clarke in the Dead Space trilogy, and as is this new trailer suggests, Negative Atmosphere looks to tell a claustrophobic tale on a massive spaceship. This ship, called the TRH Rusanov, even has its own terrors to uncover as well. For more, check out the story synopsis:

Trapped aboard the voidship TRH Rusanov, Samuel Edwards must evade, fight and kill his former crew-mates as an outbreak transforms them into monsters. There’s only one way out and an entire ship to cross. Danger lurks around every corner and time is running out. Explore the depths of the Rusanov, pull whatever resources you can out of its guts, and run.

Negative Atmosphere will make its way to PC via Steam and has no release date yet.