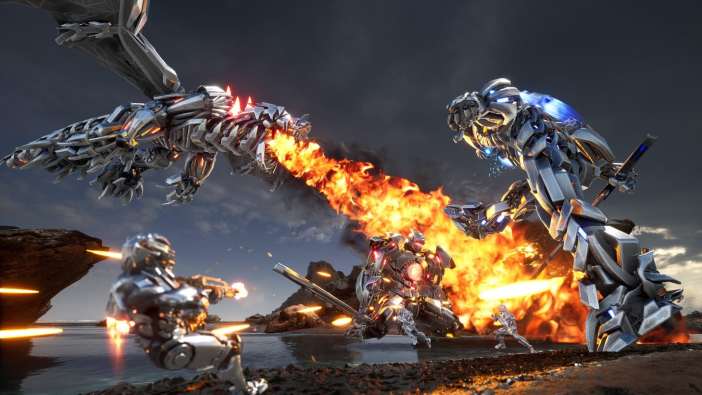 During the Xbox Games Showcase pre-show, a brand new free-to-play competitive FPS game called ExoMecha was announced. The game is being developed by TwistedRed, a studio based in Delaware.

A variety of different play styles will be offered in addition to gadgets and abilities. Boss battles will be included as well.

The bombastic reveal trailer shows off the visuals of the game, and the aesthetic is similar to something like Crysis. There are also huge mechs wielding swords and shields trading blows with each other, with tanks and people on hoverboards flying around the area. Even a giant robot dragon or dinosaur-looking creature appears at one point.

Currently, there doesn’t seem to be any confirmation of whether or not players can actually board on any of these giant mechs. However, players are able to board onto helicopters and utilize a turret.

ExoMecha is slated for release on Xbox One, Xbox Series X, and PC in late 2021. As of this time, other platforms have not been announced. You can sign up for the beta on the game’s official website.