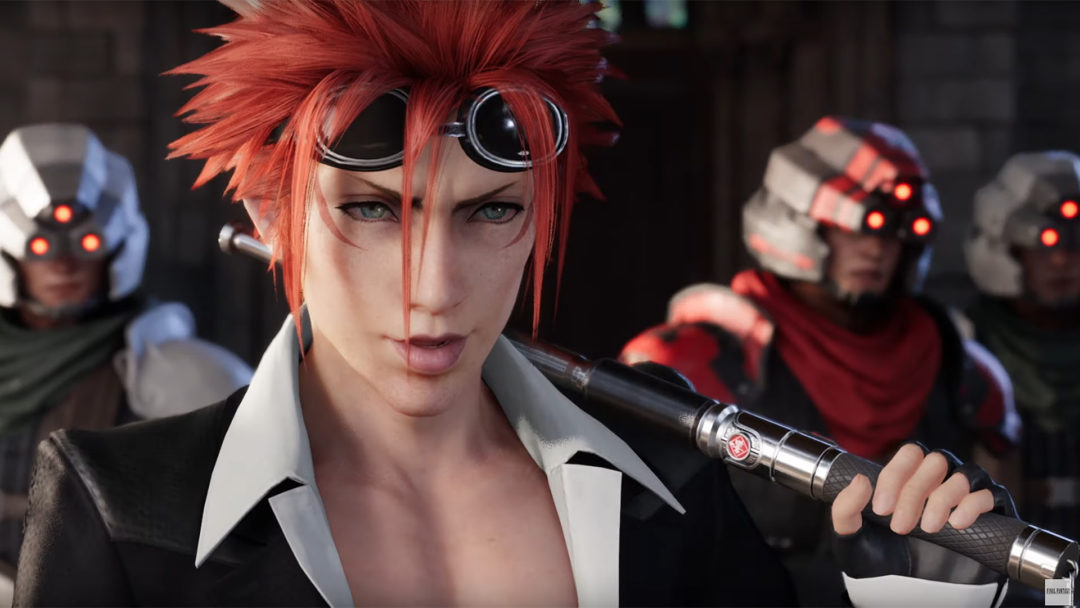 Square Enix has released a new trailer for Final Fantasy VII Remake ahead of the Tokyo Game Show.

The new trailer delves much deeper into Final Fantasy VII‘s Midgar sequence, which will make up the entirety of the first installment in the Remake series. The lecherous Don Corneo makes an appearance here, as does the doomed battle over the Sector 7 slums and the mass destruction left behind in its aftermath. Considering the remake’s clipped length, these scenes would take place very close to the end of the game.

Recurring villains the Turks make their first appearance here too. Cloud battles redhead Reno in Aerith’s church, presumably ruining her flower garden. Cloud and Aerith team up to take on Rude, in what looks like a new environment. Turk head honcho Tseng shows up too, but mostly to be vaguely menacing.

The appearance of Don Corneo will have a lot of folks familiar with the source material excited about seeing his bizarre subplot in glorious high definition. Unfortunately, the trailer doesn’t feature any cross-dressing Clouds, even if director Tetsuya Nomura promises that will be in there. But we do get a glimpse of Aerith’s outfit and the squats contest Cloud has to participate in for a chance to win a wig. Interestingly, Tifa appears present for this sequence in the remake — in the original game, this whole sidequest was a rescue operation to get her out of Corneo’s mansion.

Also keep your eyes peeled for a few more interesting details. The Frog status effect is back, which is sure to be inconvenient. Several new-looking locations are briefly glanced. And Summons will be present in the game, despite the fact that in the original Cloud and the gang don’t get their first Summon materia until after leaving Midgar. Fire demon Ifrit, ice witch Shiva, and death-dealing Odin all make appearances in the trailer.