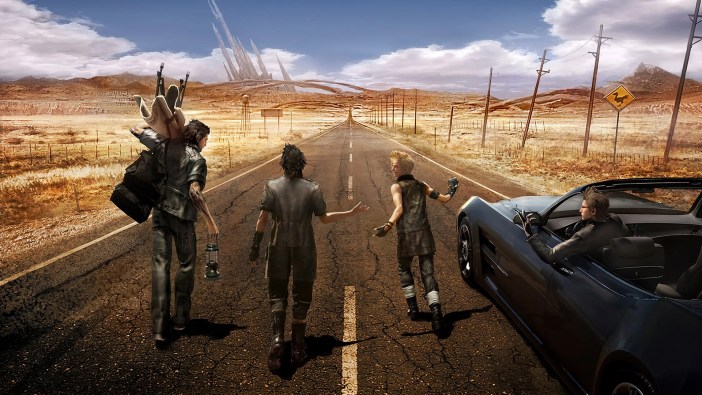 Final Fantasy is one of the most storied franchises ever created, and everyone has their preferences. Whether that’s the classic 2D pixel art era of the NES and SNES, the generation-defining nature of Final Fantasy VII and X, or even the MMOs like XI and XIV, everybody has a Final Fantasy they hold close to their heart. For me, that’s Final Fantasy XV, a game that doesn’t seem to get talked about nearly as often as its predecessors.

While Final Fantasy VII is my favorite — it’s the game that got me into the franchise, after all — Final Fantasy XV resonates with me in ways that the other games simply do not. I absolutely love Noctis and his very emo responses to literally everything. I love Gladio, the massive glorious himbo that he is. Prompto is the coolest nerd you could ever hope to know, and Ignis always has a brand new recipe for you to try. Even the car feels like a character in itself, with the amount of time you spend inside it and how it gels well with the rest of the world and the main cast.

Characters are such a key element of any RPG and especially of any Final Fantasy game. Cloud Strife, Squall Leonhart, Tidus, Lightning, Yuna, Vivi — these are all characters that have escaped Square’s orbit and become recognizable across gaming at large. While some people say that Final Fantasy characters have become much more forgettable in recent years, I don’t think this is true. I find myself constantly thinking about the gang in Final Fantasy XV, and that’s down to the writing and the way they interact.

It’s immediate, the way that you feel that these four are blood brothers and friends for life. It’s to the point that the main focus of the story, of my love for the story, is all down to the way they talk to each other. There’s a beautiful moment between Noctis and Prompto midway throughout the story with the former reassuring the latter that he’s still his best friend, even after everything, and that’s the most beautiful moment in any Final Fantasy game to me. 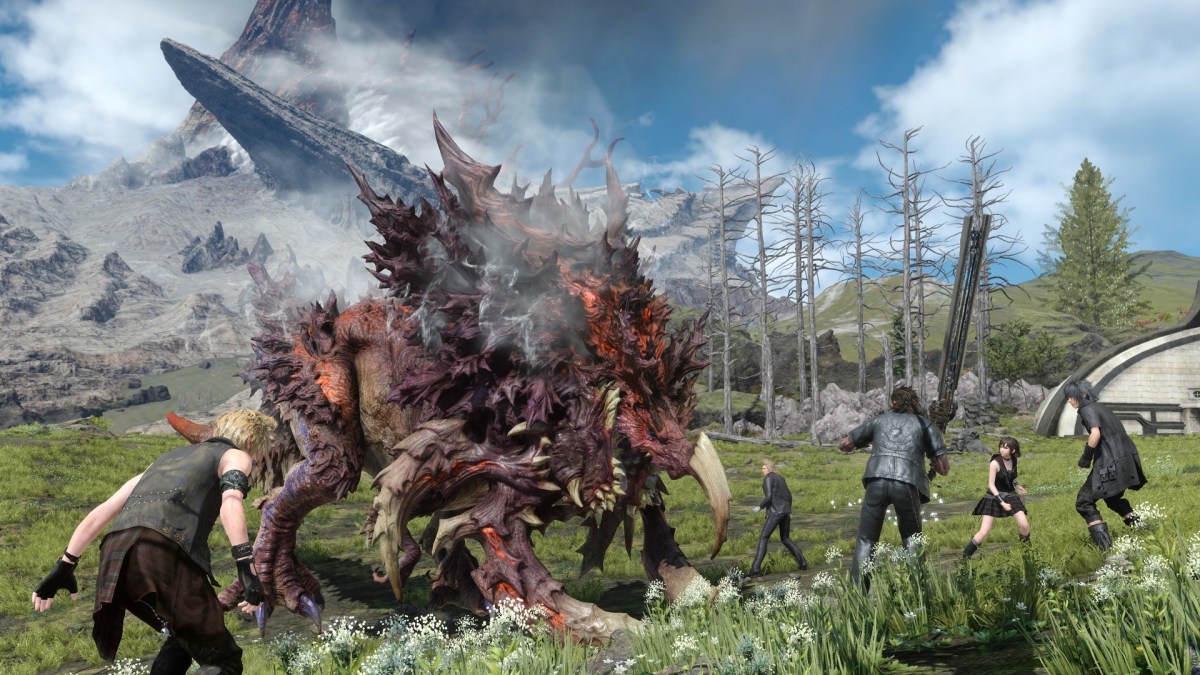 Okay, so the story isn’t exactly what you’d call “finished.” It does take four different DLC packs to even approach what feels like an ending, and even when all is said and done with those, you’re not done with the story since Square Enix decided to cancel the rest of the planned DLC. And you do have to buy a book to actually understand the ending (and what a bizarre book it is, yet not in a distasteful way). But that story, once complete(ish), tells a fleshed-out and deep tale of taking your destiny into your own hands, making sure that you are responsible for your own choices, and breaking the chains of fate. In my mind, if Square Enix had actually been able to finish the story, Final Fantasy XV would be remembered as one of the best Final Fantasy tales.

But when it comes to gameplay, FFXV is incredibly solid. You run around a massive open world with your three friends, taking out enemies and creatures all the same while exploring multiple dungeons. It’s a fresh coat of paint on an already existing Final Fantasy formula, but it works really well. As you level up, you feel yourself scaling and becoming more powerful, while enemies never get too easy. I died multiple times to a boss in the second-last chapter, and it wasn’t even one of the harder bosses of the game. In these scenarios, it’s never the game’s fault; it’s always your fault for taking something for granted, and it feels amazing.

People say that the gameplay in Final Fantasy became too basic and too easy once it switched from a turn-based system to a real-time system. To me, that’s never rang more hollow. While previous games in the series relied upon an understanding of what was coming next, making it necessary to predict enemies’ movements, Final Fantasy XV requires a different measure of strategy, necessitating that you are quick on the draw at every moment. Your loadout matters, your decisions matter, but it matters much more what you do in the field. 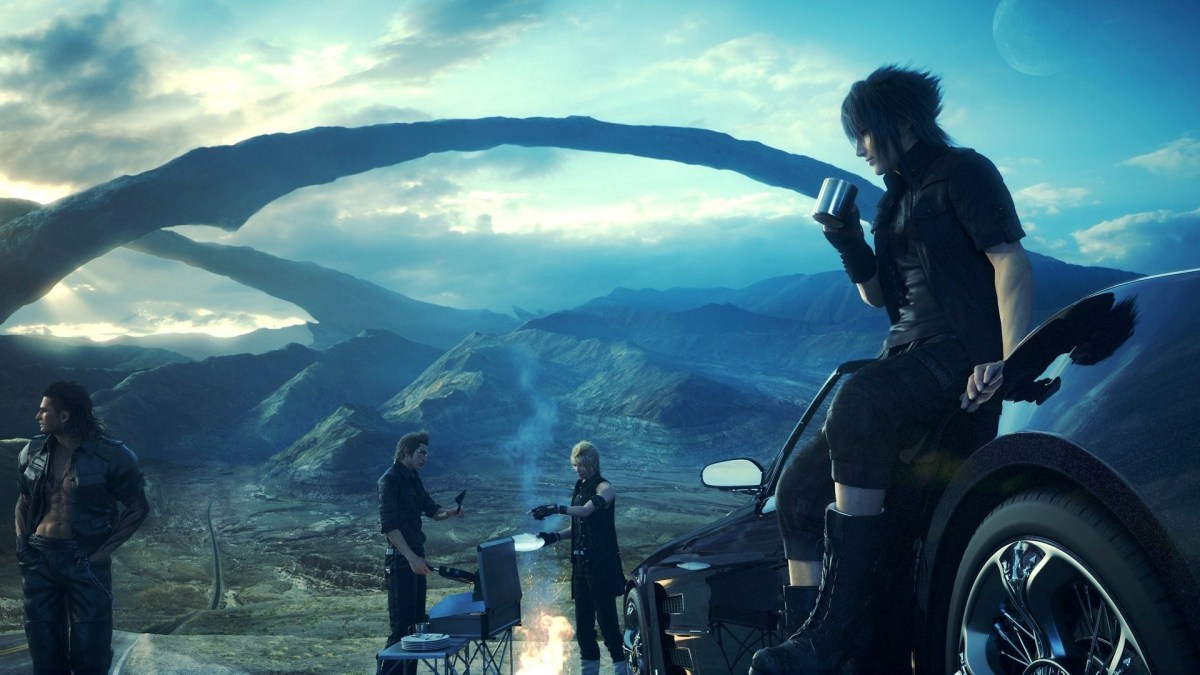 In my opinion, and it’s an opinion that could get me killed, real-time combat is so much more investing than turn-based gameplay. I can appreciate turn-based gameplay, (I adore Persona 5 Royal.) but I love how real-time gameplay makes use of everything in your environment — enemies that can just randomly join the battle if you accidentally get too close to them, environmental hazards. To me, the criticism that Final Fantasy XV made the gameplay too simple completely misses the point. If anything, it made it much more complicated.

The series switching to a real-time combat system makes me feel optimistic for the future, especially if Final Fantasy XVI has been given the time it needs to reach its full potential. The game is being composed by Masayoshi Soken and is produced by Naoki Yoshida, a dream team that you might know from beloved MMORPG Final Fantasy XIV. XVI’s combat director is Ryota Suzuki, who is best known for his work on the Devil May Cry series, something that has very much bled through the trailers that have been released so far. Let’s hope they took more of the right lessons from XV and fewer of the wrong ones.

The fact is that Final Fantasy XV is flawed, even with the Royal edition, the several different DLC packs, and the book that was released to complete the story. It’s understandable that people have issues with it, especially given how long it took to actually release. But for me, the game represents everything that I love about Final Fantasy. By the end of my time with Noctis, Gladio, Prompto, and Ignis, I was fully invested in how their story ended, devastated to watch them separate, and absolutely broken by how it all ended. I’m somebody who has recently lost a friend, and in the wake of that I replayed this game and was torn apart even more than I was during my original play. It’s a story of camaraderie, friendship, and platonic love. Final Fantasy XV is flawed, sure, but it’s beautiful in its flaws.