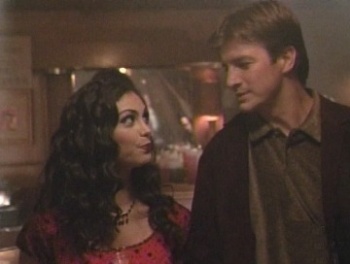 Footage for a one-hour documentary will come from San Diego Comic-Con.

Joss Whedon’s short-lived sci-fi Western Firefly turns ten years old this year. Ten years later, fans of the series, who call themselves “Browncoats,” are still passionate about it. They’ve supported efforts to make a Lego set themed around the show, and numerous attempts to revive it entirely, just to name a few. While none of these fan efforts have succeeded, Firefly will at last be returning to television this fall.

Just not how most fans were hoping it would.

This week, several members of the cast of Firefly and creator Joss Whedon are reuniting at San Diego Comic-Con for a 10th-anniversary reunion panel celebrating the series. The Science Channel will be on hand filming the panel – and its fans – for an hour-long documentary called Browncoats Unite.

The documentary will also feature interviews with the cast and crew of Firefly, as well as footage from a roundtable discussion where they say they will “dive deeper into burning fan questions about the beloved series.” Presumably, one such question will be, why the hell didn’t Mal and Inara just hook up at the end? Seriously, they teased that from the beginning, but we never got a payoff.

“Firefly is a landmark work of science fiction and a favorite with our viewers,” said Science Channel executive VP Debbie Meyers. “Ever since it premiered on Science, fans have asked us to do something special to mark its 10-year anniversary. With this signature celebration, punctuated by Browncoats Unite, we will connect the minds behind this classic franchise with its legions of passionate fans.”

Browncoats Unite will premiere on the Science Channel on November 11th in concert with an all-day Firefly marathon.