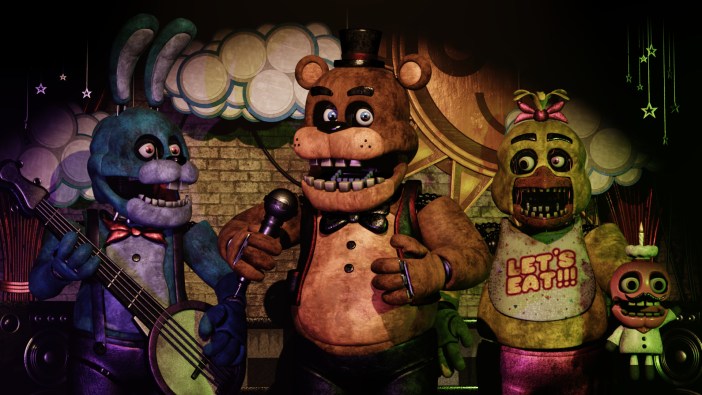 It has been a long, pothole-ridden road to creating a Five Nights at Freddy’s movie, but it’s finally about to become a reality. Via THR and Blumhouse Productions founder Jason Blum himself, the FNAF movie will begin filming in February 2023, it will have animatronics provided by Jim Henson’s Creature Shop, and it has found Emma Tammi for its director.

To date, Tammi’s only feature film credit as a director is on the 2018 horror movie The Wind, which was received well by critics. Meanwhile, Jim Henson’s Creature Shop has been providing stellar puppets, animatronics, and visual effects to film and TV for decades, ranging from Sesame Street to Teenage Mutant Ninja Turtles to Earth to Ned. It’s difficult to imagine anyone more fitting to bring the Scott Cawthon video game to life in live action.

“Five Nights at Freddy’s is more consistently asked about than any other film I’ve ever worked on, and I’m thrilled to confirm it’s finally happening!” said Jason Blum in a statement. “With Emma Tammi at the helm, we’re committed to making Scott’s vision of the movie come to life. Rest assured, it will be and is worth the wait.”

#jimhensoncreatureshop is working on our animatronics

Emma Tammi is our director

The FNAF movie script is credited to Cawthon, Tammi, and Seth Cuddeback, with Cawthon and Blum both producers. However, Scott Cawthon is largely retired from the franchise he created, following a political donations controversy that boiled over in June 2021. He did voice his excitement for the film back in November 2020 though, and Five Nights at Freddy’s: Security Breach released without incident in December 2021, albeit with a middling critical reception.

The Five Nights at Freddy’s movie does not have a release date yet, but with Jim Henson’s Creature Shop and a director set, FNAF is in good shape to start filming this February.