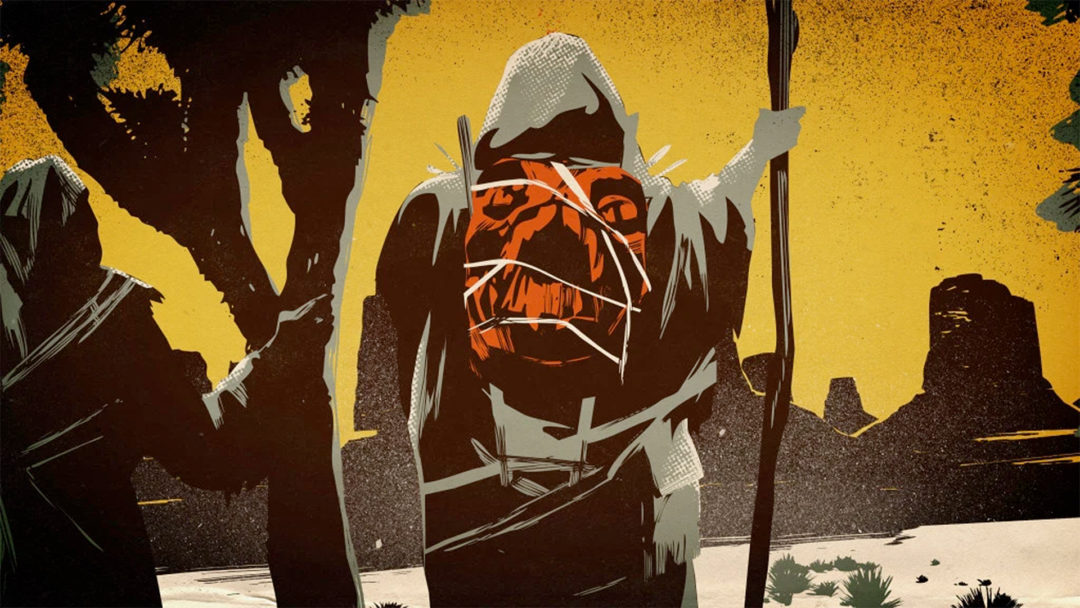 WolfEye Studios, a new studio founded by two high-ranking Arkane Studios alumni, will reveal its first project at The Game Awards next month.

WolfEye Studios was founded by Raphaël Colantonio, the founder and former president of Arkane and director of 2017’s Prey, and Julien Roby, an executive producer on Dishonored and its DLC. The two will play similar roles at WolfEye, with Colantonio serving as creative director and Roby as executive producer of the studio’s first title. Colantonio will also act as president of the new company, and Roby as CEO. The studio will employ a non-centralized staff who will work remotely instead of being headquartered in one location.

The studio’s first title is expected to be revealed at The Game Awards on December 12. The team isn’t revealing anything concrete about it just yet. The only clue is a single piece of concept art, depicting two cloaked figures watching over a desert. At Arkane, Colantonio and Roby worked mostly on Deus Ex-style immersive sims, so it’s possible the new project will be in the same vein. The studio founders have said they like games with interesting worlds, good art direction, and decision-driven gameplay. Colantonio has also described his frustrations with risk-aversion in big studios, so it’s possible WolfEye’s first project will be on the unusual or experimental side.