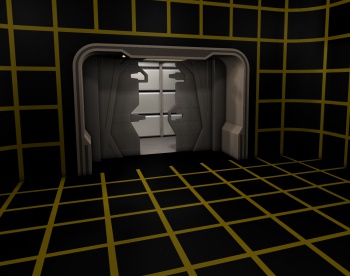 Ubisoft’s Jade Raymond talks about the failings of the control pad and the future of motion controls.

While casual gamers have embraced motion control en masse, the tech hasn’t really managed to establish a foothold in the core gamer market. That hasn’t stopped a number of developers from trying to integrate the technology into more core titles. Jade Raymond, a former Assassin’s Creed producer currently working on Splinter Cell: Blacklist, is one such developer.

“As more of a hardcore gamer I want to see [motion controls] integrated into hardcore games in a way that makes them better because as fun as all those [casual] games are, I don’t really play exercise games – I can’t picture myself doing that,” she told OXM.

“I’d love to be able to lean and look round the corner and just integrate more natural motions,” she continued. “The tech for those things isn’t quite there, but I hope it will be soon.”

Like many geeks, Raymond dreams of a gaming system in the vein of Star Trek’s holodeck. While that technology seems ludicrously distant, it’s not difficult to imagine that systems like Microsoft’s Kinect are amongst the first crude steps towards a beautiful future in which repressed office workers take to the holodeck to bludgeon their bosses to death with virtual golf clubs.

Raymond maintains that the growing complexity of control pads is going to drive users towards more intuitive control schemes.

“Even people who played games when it used to be just one big red button and a D-pad can’t play games now,” she said. “You have to master face buttons, triggers and they all do different things, so obviously we’re never going to get to that really mass-market place where we’re touching a really broad audience with our messages with controllers, so Kinect and other more natural ways to interact with games are incredibly important. I think we can go further.”