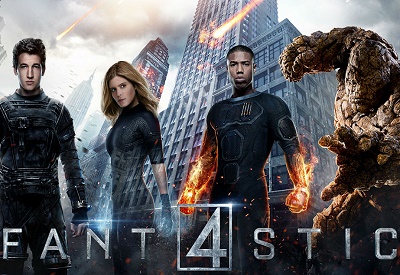 Fox could lose as much as $60 million on its latest Fantastic Four film.

In case you hadn’t heard, Fox’s most recent attempt at launching a Fantastic Four franchise has been something of a disaster. Panned by critics, insulted by its own director and a bomb at the box office, the new movie is easily one of the biggest failures in the history of modern superhero films. Considering the fact that this is the second time Fox has fumbled its efforts to create a successful Fantastic Four franchise, you might think that this latest failure would be enough to convince the company that it’s time to give up. If recent comments from Fox executives are any indicator however, that won’t be happening anytime soon.

Speaking about the movie recently, Fox’s president of domestic distribution Chris Aronson admitted that the Fantastic Four, for a variety of reasons, has under-performed. “There’s not much to say,” he said. “I have never seen a confluence of events impact the opening of a movie so swiftly.” When questioned about the future of franchise however, Aronson was firm in describing Fox’s intention to hold onto and make future use of the Fantastic Four. “We love these characters, and we will find ways to make use of them.” Speaking to another publication he further added that moviegoers “have a lot to look forward to in our Marvel universe.”

While we obviously have to assume that Aronson’s telling the truth, it’s honestly hard not to question whether Fox will really stick its guns as the depth of Fantastic Four‘s failure becomes more apparent. Unless the film’s fortunes change, recent reports are estimating that company could stand to lose as much as $60 million on its production. Fox might not get too broken up over a critical lashing, but we’re willing to bet that losing large sums of money is something that could raise its proverbial brow. While we won’t be getting our hopes up, maybe this could be what finally convinces Fox that the best way to “use” the franchise would be to take a page from Sony’s playbook and make a deal with Disney and Marvel.