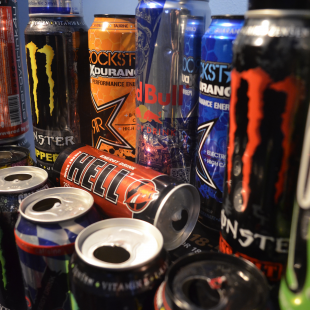 There are times when caffeine can be a gamer’s best friend. When you’re a teenager looking to maximize the hours you have to put into Skyrim, for instance, a nice hit of Coke (the Cola variety, of course) can be perfect to keep your eyes open even when your brain’s begging for them to shut. That being the case, there are limits to what caffeine can and, more importantly, should do. For instance, if you find yourself comatose, you may want to reevaluate how many energy drinks you’re consuming.

That’s a lesson that Henrik Eide Dahl to learn the hard way. Dahl, a 14-year old resident of Norway, recently landed himself in the hospital after he drank four liters of energy drink during a 16-hour Call of Duty LAN party. “I was playing Call of Duty. Then everything went dark and I passed out,” said Dahl. Dahl was flown to a hospital where he was treated for kidney failure and fell into a coma. After he fell unconscious he was kept alive with a respirator and a drip. “When I woke up, I was terrified. The first thing I remember from the hospital is that my brothers were sitting at the edge of the bed and crying.”

Dahl spent 13 days in the hospital where doctors treated him for damage to his lungs, kidneys, cardiovascular and central nervous systems. Even after being released he’s still on medication to help recover. Government officials, in turn, aren’t sure if caffeine alone was necessarily behind Dahl’s hospitalization. “I’ve never heard of such a powerful reaction to caffeine here in Norway,” said Margrete Meltzer from the Norwegian Institute of Public Health. “But there are more substances in energy drinks than caffeine, including some amino acids and artificial sweeteners, so it may be a combination of several things in the drink that has triggered the reaction.” Regardless of which chemicals put Dahl in his “life-threatening” situation, we feel safe in saying that four liters of caffeinated anything is a bit much.