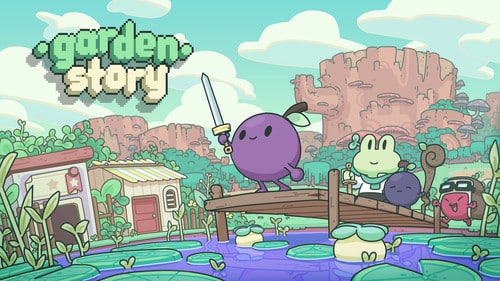 The indie social simulator and adventure game Garden Story, by developer Picogram and publisher Rose City Games, has found backing from a new partner and is now aiming for a 2021 release. On Twitter, the game’s official account announced the news that Garden Story is being supported by Kowloon Nights, a global video game investment fund that focuses on supporting independent developers.

As a result of the investment fund’s backing, Garden Story now has the capital and opportunity to make the game’s central hub, The Grove, come alive by adding in even more fruits and frogs, among other things.

We're honored and happy to share that this is possible because of our new partnership with @KowloonNights!

🍇♥ Their support will allow us to expand Garden Story's world to be bigger, better, and more delightful! pic.twitter.com/hIymxMRd0X

Garden Story follows a young sentient grape named Concord, who is the youngest in its village. Concord will work around The Grove by gathering materials and repairing structures, all the while trying to fight a threatening force called the Rot. Concord is joined by friends such as Elderberry, Rana, and Fuji, to ensure that Concord doesn’t have to take on the challenges alone.

It is due to this update and the commitment to creating more content that Garden Story is shifting to 2021 release. The only formally announced platform for the game is PC at present, and it is available to wishlist now on Steam.