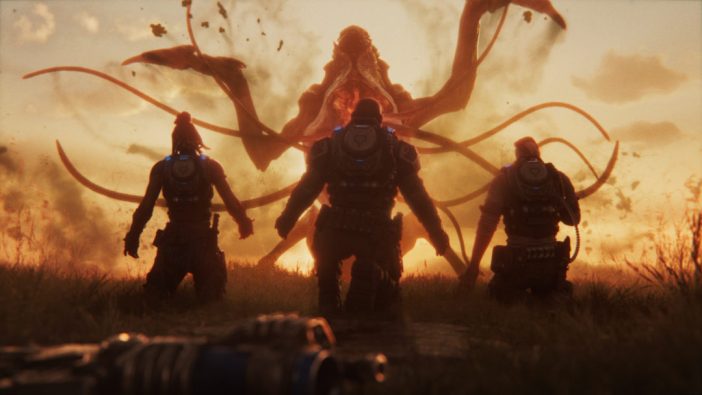 Gears 5 will have a map builder tool that The Coalition plans to expand upon after the game launches later this year.

In an interview with Game Informer, multiplayer design director Ryan Cleven expressed the developer’s interest in expanding the tool’s utility to other modes further down the line. The map-building tool will support Gears 5’s new Left 4 Dead-like Escape mode at launch, with plans for competitive and Horde support coming at a later date:

We want to learn from the community and how they want the map builder to grow. You’ll always have to use tiles like Escape’s map builder, but we can imagine experiences that we as designers that make Gears of War would never think of because of the giant amount of creativity that exists within the community. We want to harness that, so we definitely want to bring map builder to all the multiplayer modes as soon as we can.

Though Cleven says the tool will always require the use of tiles in Escape, his comment does point to potential growth for the tool in the future, too.

In other Gears news, The Coalition talked about some details regarding the game’s multiplayer technical test that starts in just a few short days.

Gears 5 launches for Xbox One and PC Sept. 10, but until then, read up on why The Coalition decided to remove tobacco use from the Gears universe moving forward.