Borderlands 2 Lead Designer John Hemingway was discussing a skill tree being developed for the Mechromancer class called Best Friends Forever. The skill tree includes abilities that make it easier for lesser-skilled players to still hit their targets in order to make the game more accessible to everyone. In a game like Borderlands 2 where the difficulty scales with the size of the party this is a damned good idea.

Unfortunately, Hemingway referred to this skill tree as “girlfriend mode,” kicking off a wave of indignation and condemnation that I witnessed mostly on Twitter. In the minds of many, Hemingway was proving the existence of the casual sexism that is endemic in videogame development and culture by playing off the tired stereotype that women either don’t play or are bad at shooters. Gearbox’s Randy Pitchford tried to explain that there is not actually anything called “girlfriend mode” in the game, and that the skill tree is intended for noobs, not women in particular, but it was too late to stem the anger.

I mean to take nothing away from the importance of calling out insensitive speech, and I understand that people get frustrated and want to express their rage. There’s an argument that no one started paying attention to the issue of sexism in the game industry before anyone made really loud noise about it. And when offenses are really egregious, calling out bad behavior loudly and angrily might always be appropriate.

However, I think stringent reactions to incidents can also botch opportunities to productively engage with figures in the videogame development community. We could have had a conversation with Hemingway about the casual sexism in the game development community. Instead everyone yelled and screamed, he got defensive, tried to defend the comment and that was that. If there’s ever an apology from him I’m going to have every reason to suspect it’s just to quell the public ire, and he’ll go on talking about “girlfriend mode” in meetings at Gearbox. What a lost opportunity.

I was reminded of the way the situation was handled when David Jaffe made a sexist comment back in February during a GameTrailers interview from an event in San Francisco:

This situation turned into a complete clusterfuck. Harsh comments were exchanged on Twitter, a game journo made the mistake of assuming that all people automatically differentiate between an attack on something they said and an attack on themselves personally and all but called Jaffe a misogynist, and the tabloid-worthy climax was a confrontation between Jaffe and Kotaku Editor-in-Chief Stephen Totilo at the DICE conference in Las Vegas, which was caught on tape by the Penny Arcade Report’s Ben Kuchera. You can listen to the confrontation here.

Jaffe discussed his incident with IndustryGamers a week later. Jaffe was, in his own words, riding high on the enthusiasm he was feeling for his game at the event in San Francisco when he gave the interview in question. He said that GameTrailers interview had been his 30th or 40th interview of the evening. He was tired. His guard was down. He made a mistake. He admitted that his comment was stupid and vulgar and implied that all Twisted Metal players were male, which was wrong to do. 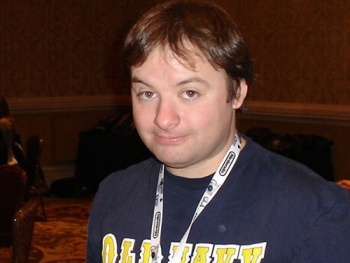 That sounds to me like someone who would have been open to a conversation about being sensitive from the very beginning had it been approached differently. I certainly don’t think we can reasonably discount the possibility. I recently saw that Jaffe commented on the Hemingway controversy and suggested that political correctness was neutering free expression. That suggests to me that Jaffe didn’t actually learn what we might have wanted him to learn from the incident. When you have the freedom to say anything you want but voluntarily choose not to because you’re sensitive to how someone else feels, and don’t feel any resentment for making your choice, that’s the goal we should hope to achieve with an individual.

The danger of my saying any of this is it might be interpreted as a “tone argument,” which is frequent derailing technique. Someone reacts angrily to an offense and someone else tells them that their response took the wrong tone and tries to defuse the anger without addressing the complaint. That’s not what I’m intending here. I’m concerned with tactics, not tone.

There have been some very measured and positive responses to Hemingway’s comments, including this opinion piece by Brandon Sheffield where he writes “Eventually, with enough blowups like these, we may eventually not need to have them as often.” A blowup is a loud calling out of an offense. And at the very beginning, I agree we need to have those in order to establish the problem.

I think we’re already past the point of needing blowups. For those of us who care to pay attention, the problem is bloody well established. The seal on this conversation has been inexorably broken, and only the most intransigent and stubborn observer who is completely closed to reason can deny that the problem exists if and when we go through the litany of examples that demonstrate its existence.

It isn’t about coddling people. It’s about practicing what we preach. Offensive speech pisses us off because it means the person is being completely thoughtless about what they’re saying. They’re not exercising any sensitivity to how other people might think about their words. But do we automatically ask ourselves, before we react to statements like “girlfriend mode,” if the speaker really had any clue why they might be about to offend someone? Sensitivity is not common sense. It can appear that way to someone who’s versed in social justice but it’s not something everyone has ever been engaged with or by.

Considering the ultimate root of these problems is lack of gender diversity within the development community, I think it makes a hell of a lot more sense to open with engagement with developers who make problematic comments rather than arriving at engagement after a fit of pique that feels good but doesn’t establish the understanding everyone wants. Getting upset does inspire conversations, but it sometimes inspires counter-productive conversations and eventually shuts down dialogue with individuals who might otherwise be reached.

Unless one wants to argue that these teachable moments aren’t precious, I think we need to grab every one of them we can get and lead with the assumption that everyone has a better nature to appeal to. Showing patience is exhausting, isn’t as sexy for page hits or as satisfying as screaming our outrage, and wears on anyone who tries to change things for the better, but it’s still necessary. We should at least try once with everybody. And if we know they know better because it’s not their first trip around the mulberry bush, then let loose the dogs of war.