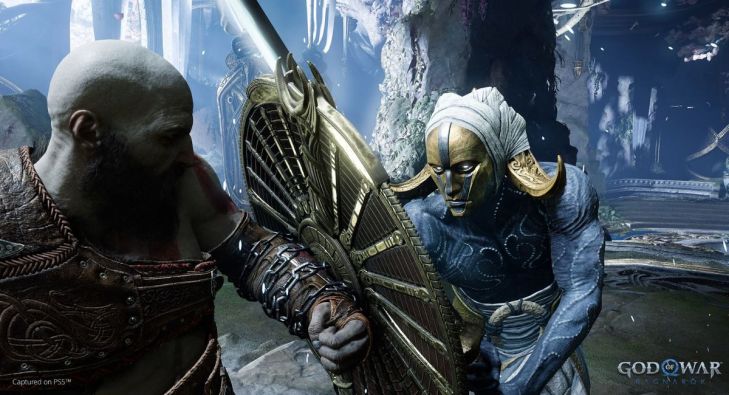 God of War Ragnarok is quite a popular game. It even had celebrities endorse it (for a paycheck). And while the newer reboots are fun titles, there are those who enjoy the original series quite a bit, too. Regardless of which you prefer, it was only a matter of time before the franchise became a live-action show. Per THR, Amazon Prime Video is creating a TV series based on God of War, in partnership with Sony Pictures Television and PlayStation Productions. Wheel of Time showrunner Rafe Judkins will further be showrunner on the God of War Amazon TV show, and The Expanse show creators Mark Fergus and Hawk Ostby are writers and executive producers alongside Judkins.

The series will follow Kratos during the reboot saga, as the show’s description reads as follows:

When his beloved wife dies, Kratos sets off on a dangerous journey with his estranged son to spread her ashes from the highest peak — his wife’s final wish. Kratos soon realizes the journey is an epic quest in disguise, one which will test the bonds between father and son, and force Kratos to battle new gods and monsters for the fate of the world.

“We are so proud and excited to be working with our friends at Amazon Studios and our partners at PlayStation Productions to adapt this beautiful and heartbreaking game into a premium live-action series,” said Sony Pictures TV president Katherine Pope. “Rafe, Mark, and Hawk are crafting a transportive series that charts a path through the ancient mythological journey of Kratos.”

This is far from the first time a studio has been interested in adapting a video game for live-action television. HBO Max is famously behind the TV show adaptation for The Last of Us, which is airing next year. And Paramount+ brought Halo to life, with mixed results.

For me, I can see God of War working as a live-action set piece for TV and Amazon. Though I believe the only person who can play Kratos is his current voice actor, Christopher Judge. Just throw some ash makeup on him and most people will be happy.