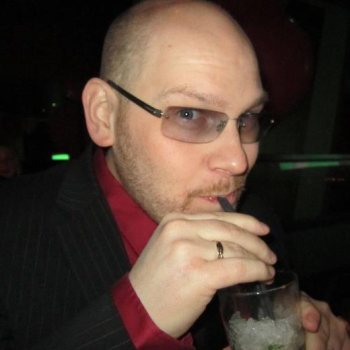 Jonas Antonsson blew up a storm of rage last week when he said in an interview that “the single player mechanic is a gimmick – games are meant to be played with others and it doesn’t matter if it’s in-person or online.” The response was predictable but still embarrassingly harsh, as people – not just here, but everywhere – reacted to what they saw as yet another push away from things like meaningful narrative and toward generic, probably microtransaction-powered, online gameplay.

But that’s not at all what he was actually getting at, Antonsson explained in a follow-up email. The point wasn’t to marginalize or dismiss the value of single-player gaming, but to illustrate how “most single-player games are not really single-player” at all.

“Single player games can be amazing experiences and I absolutely think they have a long future ahead of them (and I do mention, in the interview, that I think good single-player games will continue to appeal to the hardcore players). Modern games are an art form where tremendous skill is applied to design an experience,” he explained. “But it is important to realize that ‘single player’ games have to be designed with a built in opponent or collaborator. Something has to take on the role of ‘the other.’ This is an illusion. Those familiar with illusions know that the term ‘gimmick’ means what the illusionist does to distract the audience to make the illusion appear real. If properly done the audience believes the illusion and the experience is complete.”

Antonsson said he didn’t mean to use the word “gimmick” in an “offensive, dismissive or aggressive way,” and noted that the remark came up during a two-hour telephone interview conducted in English, which is not his native language. “It was – for me – a descriptive word for the mechanics used to drive single-player games so we can enjoy them by ourselves,” he said.

“We also find other ways to socialize around single-player games to enhance our experience. We tell others about them, we compare scores and achievements. We blog, capture screenshots, tweet, watch others play, etc.,” he continued. “The point is I’m just happy that we now have the technology needed to support real social interaction through computer games, that frees us from casting the game itself as an antagonist, or protagonist to a certain extent at least. Constraints lead to the creation of single-player computer games and we have done an awesome job of fusing narrative with interaction and innovative mechanics. But now these constraints are slowly disappearing. That allows us to explore other ways to design games. I’d take League of Legends as an example. I think they are doing wonders for eSports and as an avid gamer myself I love that.”

Put that way, his statement makes a lot more sense. It’s not that games need to move away from the conventional single-player experiences we know and love, it’s that they’re now able to do so in ways that simply weren’t possible even just five years ago. As Antonsson says, that’s a good thing.

He also made the rather interesting admission that he expected controversy would actually come from elsewhere in the interview, when he said, “As much as I am for increase accessibility, I’m firmly against dumbing down games or using psychological tricks as the only means to get people playing.” But that, I think, is something most gamers would readily agree with.